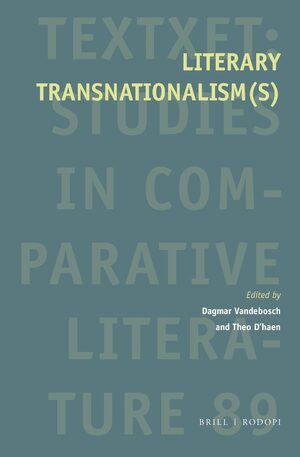 Literary Transnationalism(s)
Series: Textxet: Studies in Comparative Literature, Volume: 89
Editors: Dagmar Vandebosch and Theo D'haen
Goethe in 1827 famously claimed that national literatures did not mean very much anymore, and that the epoch of world literature was at hand. Since the turn of the twenty-first century, in the so-called "transnational turn" in literary studies, interest in world literature, and in how texts move beyond national or linguistic boundaries, has peaked. The authors of the 18 articles making up Literary Transnationalism(s) reflect on how literary texts move between cultures via translation, adaptation, and intertextual referencing, thus entering the field of world literature. The texts and subjects treated range from Caribbean, American, and Latin American literature to European migrant literatures, from the uses of pseudo-translations to the organizing principles of world histories of literature, from the dissemination of knowledge in the middle ages to circulation of literary journals and series in the nineteenth and twentieth centuries.
Contributors include, amongst others, Jean Bessière, Johan Callens, Reindert Dhondt, César Domínguez, Erica Durante, Ottmar Ette, Kathleen Gyssels, Reine Meylaerts, and Djelal Kadir. Authors discussed comprise, amongst others, Carlos Fuentes, Ernest Hemingway, Edouard Glissant. 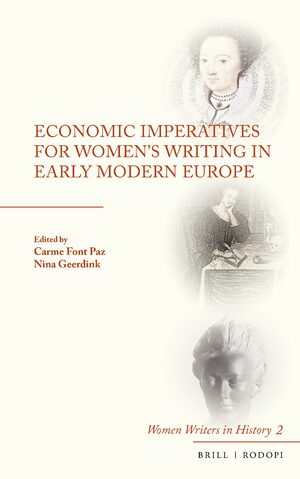 Economic Imperatives for Women's Writing in Early Modern Europe
Series: Women Writers in History, Volume: 2
Editors: Carme Font Paz and Nina Geerdink
Economic Imperatives for Women’s Writing in Early Modern Europe delves into the early modern history of women’s authorship and literary production in Europe taking a material turn. The case studies included in the volume represent women writers from various European countries and comparatively reflect the nuances of their participation in a burgeoning commercial market for authors while profiting as much from patronage. From self-representation as professional writers to literary reception, the challenges of reputation, financial hardships, and relationships with editors and colleagues, the essays in this collection show from different theoretical standpoints and linguistic areas that gender biases played a far less limiting role in women’s literary writing than is commonly assumed, while they determined the relationship between moneymaking, self-representation, and publishing strategies.
E-Book 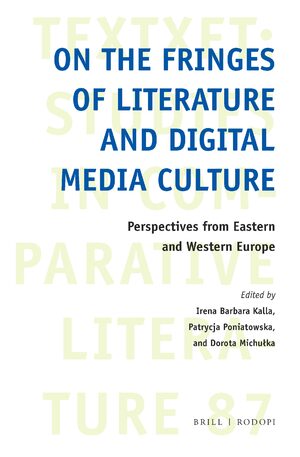 On the Fringes of Literature and Digital Media Culture
Perspectives from Eastern and Western Europe
Series: Textxet: Studies in Comparative Literature, Volume: 87
Editors: Irena Barbara Kalla, Patrycja Poniatowska and Dorota Michułka
On the Fringes of Literature and Digital Media Culture offers a polyphonic account of mutual interpenetrations of literature and new media. Shifting its focus from the personal to the communal and back again, the volume addresses such individual experiences as immersion and emotional reading, offers insights into collective processes of commercialisation and consumption of new media products and explores the experience and mechanisms of interactivity, convergence culture and participatory culture. Crucially, the volume also shows convincingly that, though without doubt global, digital culture and new media have their varied, specifically local facets and manifestations shaped by national contingencies. The interplay of the common subtext and local colour is discussed by the contributors from Eastern Europe and the Western world. 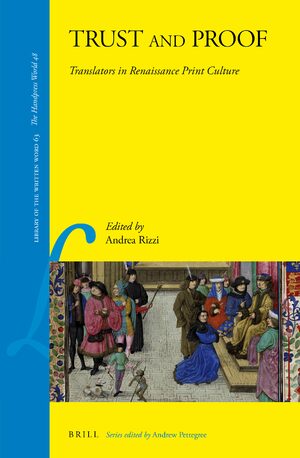 Trust and Proof
Translators in Renaissance Print Culture
Series: Library of the Written Word, Volume: 63and Library of the Written Word - The Handpress World, Volume: 63
Editor: Andrea Rizzi
Translators’ contribution to the vitality of textual production in the Renaissance is still often vastly underestimated. Drawing on a wide variety of sources published in Spanish, Portuguese, Italian, Latin, German, English, and Zapotec, this volume brings a global perspective to the history of translators, and the printed book. Together the essays point out the extent to which particular language cultures were liable to shift, overlap, shrink, and expand during one of the most defining periods in the history of print culture. Interdisciplinary in approach, Trust and Proof investigates translators’ role in the diffusion of discourse about languages and ancient knowledge, as well as changing etiquettes of reading and writing.
E-Book