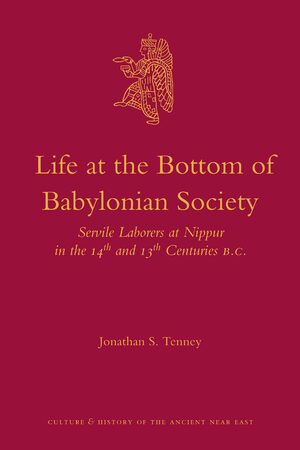 Life at the Bottom of Babylonian Society
Servile Laborers at Nippur in the 14th and 13th Centuries B.C.
Series: Culture and History of the Ancient Near East, Volume: 51
Author: Jonathan S. Tenney
Life at the Bottom of Babylonian Society is a study of the population dynamics, family structure, and legal status of publicly-controlled servile workers in Kassite Babylonia. It compares some of the demographic aspects proper to this group with other intensively studied past populations, such as Roman Egypt, Medieval Tuscany, and American slave plantations. It suggests that families, especially those headed by single mothers, acted as a counter measure against population reduction (flight and death) and as a means for the state to control this labor force. The work marks a step forward in the use of quantitative measures in conjunction with cuneiform sources to achieve a better understanding of the social and economic forces that affected ancient Near Eastern populations.
E-Book