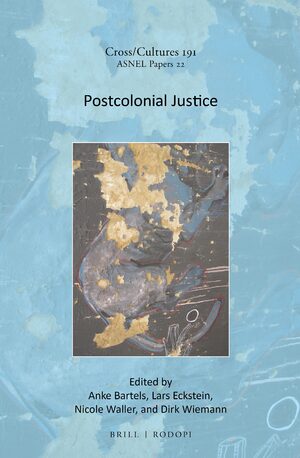 Postcolonial Justice
Series: Cross/Cultures, Volume: 191
Editors: Anke Bartels, Lars Eckstein, Nicole Waller and Dirk Wiemann
Postcolonial Justice addresses a major issue in current postcolonial theory and beyond, namely, the question of how to reconcile an ethics grounded in the reciprocal acknowledgment of diversity and difference with the normative, if not universal thrust that appears to energize any notion of justice. The concept of postcolonial justice shared by the essays in this volume carries an unwavering commitment to difference within and beyond Europe, while equally rejecting radical cultural essentialisms, which refuse to engage in “utopian ideals” of convivial exchange across a plurality of subject positions. Such utopian ideals can no longer claim universal validity, as in the tradition of the European enlightenment; instead they are bound to local frames of speaking from which they project world.
E-Book