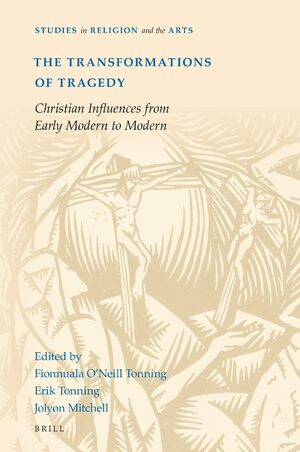 The Transformations of Tragedy
Christian Influences from Early Modern to Modern
Series: Studies in Religion and the Arts, Volume: 16
Editors: Fionnuala O’Neill Tonning, Erik Tonning and Jolyon Mitchell
The Transformations of Tragedy: Christian Influences from Early Modern to Modern explores the influence of Christian theology and culture upon the development of post-classical Western tragedy. The volume is divided into three parts: early modern, modern, and contemporary. This series of essays by established and emergent scholars offers a sustained study of Christianity’s creative influence upon experimental forms of Western tragic drama.
Both early modern and modern tragedy emerged within periods of remarkable upheaval in Church history, yet Christianity’s diverse influence upon tragedy has too often been either ignored or denounced by major tragic theorists. This book contends instead that the history of tragedy cannot be sufficiently theorised without fully registering the impact of Christianity in transition towards modernity.
E-Book