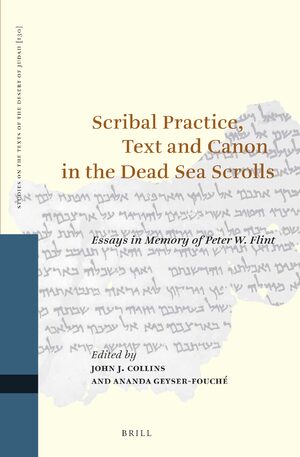 Scribal Practice, Text and Canon in the Dead Sea Scrolls
Essays in Memory of Peter W. Flint
Series: Studies on the Texts of the Desert of Judah, Volume: 130
Editors: John J. Collins and Ananda Geyser-Fouché
This volume contains 17 essays on the subjects of text, canon, and scribal practice. The volume is introduced by an overview of the Qumran evidence for text and canon of the Bible. Most of the text critical studies deal with texts from the Dead Sea Scrolls, including sectarian as well as canonical texts. Two essays shed light on the formation of authoritative literature. Scribal practice is illustrated in various ways, again mostly from the Dead Sea Scrolls. One essay deals with diachronic change in Qumran Hebrew. Rounding out the volume are two thematic studies, a wide-ranging study of the “ambiguous oracle” of Josephus, which he identifies as Balaam’s oracle, and a review of the use of female metaphors for Wisdom.
E-Book 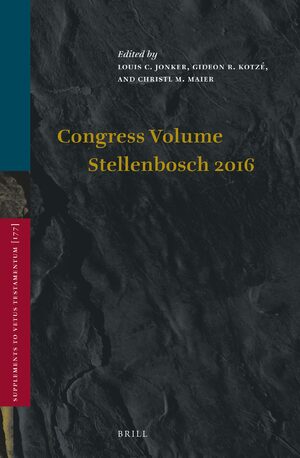 Congress Volume Stellenbosch 2016
Series: Vetus Testamentum, Supplements, Volume: 177
Editors: Louis Jonker, Gideon Kotzé and Christl M. Maier
This volume presents the main lectures of the 22nd Congress of the International Organization for the Study of the Old Testament (IOSOT) held in Stellenbosch, South Africa, in September 2016. Sixteen internationally distinguished scholars present their current research on the Hebrew Bible, including the literary history of the Hebrew text, its Greek translation and history of interpretation. Some focus on archeological and iconographic sources and the reconstruction of ancient Israelite religion while others discuss the formation of the biblical text and its impact for cultural memory. The volume gives readers a representative view of the most recent developments in the study of the Old Testament.
E-Book