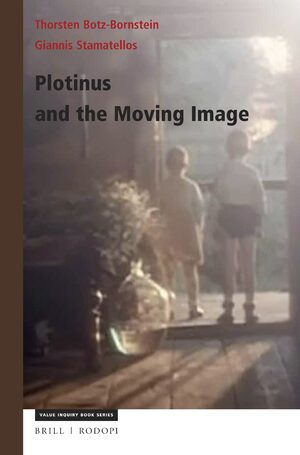 Plotinus and the Moving Image
Series: Value Inquiry Book Series Online, Volume: 310, Value Inquiry Book Series, Volume: 310, and Philosophy of Film, Volume: 310
Editors: Thorsten Botz-Bornstein and Giannis Stamatellos
Plotinus and the Moving Image offers the first philosophical discussion on Plotinus' philosophy and film. It discusses Plotinian concepts like "the One" in a cinematic context and relates Plotinus' theory of time as a transitory intelligible movement of the soul to Bergson’s and Deleuze’s time-image. Film is a unique medium for a rapprochement of our modern consciousness with the thought of Plotinus. The Neoplatonic vestige is particularly worth exploring in the context of the newly emerging “Cinema of Contemplation.” Plotinus' search for the "intelligible" that can be grasped neither by sense perception nor by merely logical abstractions leads to a fluent way of seeing. Parallels that had so far never been discussed are made plausible. This book is a milestone in the philosophy of film. 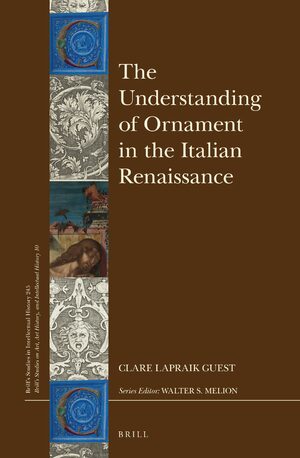 The Understanding of Ornament in the Italian Renaissance
Series: Brill's Studies on Art, Art History, and Intellectual History, Volume: 245/10and Brill's Studies in Intellectual History, Volume: 245/10
Author: Clare Lapraik Guest
In this paradigm shifting study, developed through close textual readings and sensitive analysis of artworks, Clare Lapraik Guest re-evaluates the central role of ornament in pre-modern art and literature. Moving from art and thought in antiquity to the Italian Renaissance, she examines the understandings of ornament arising from the Platonic, Aristotelian and Sophistic traditions, and the tensions which emerged from these varied meanings. The book views the Renaissance as a decisive point in the story of ornament, when its subsequent identification with style and historicism are established. It asserts ornament as a fundamental, not an accessory element in art and presents its restoration to theoretical dignity as essential to historical scholarship and aesthetic reflection.
E-Book