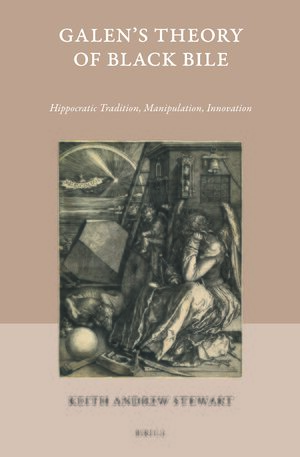 Galen’s Theory of Black Bile
Hippocratic Tradition, Manipulation, Innovation
Series: Studies in Ancient Medicine, Volume: 51
Author: Keith Andrew Stewart
In Galen’s Theory of Black Bile: Hippocratic Tradition, Manipulation, Innovation Keith Stewart investigates Galen’s writing on black bile to explain health and disease and shows that Galen sometimes presented this humour as three substances with different properties that can either be harmful or beneficial to the body. Keith Stewart analyses the most important treatises for Galen’s physical description and characteristion of black bile and challenges certain views on the development of this humour, such as the importance of the content of the Hippocratic On the Nature of Man. This analysis allows us to understand how and why Galen defines and uses black bile in different ways for his arguments that cannot always be reconciled with the content of his sources.
E-Book 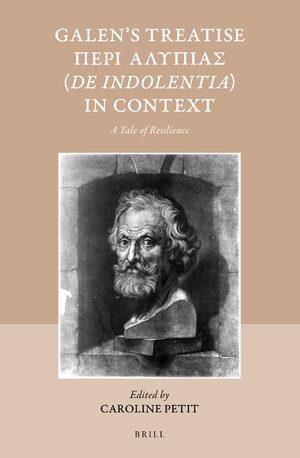 Galen's Treatise Περὶ Ἀλυπίας (De indolentia) in Context
A Tale of Resilience
Series: Studies in Ancient Medicine, Volume: 52
Editor: Caroline Petit
This collective volume arises from a Wellcome-funded conference held at the University of Warwick in 2014 about the “new” Galen discovered in 2005 in a Greek manuscript, De indolentia. In the wake of the latest English translation published by Vivian Nutton in 2013, this book offers a multi-disciplinary approach to the new text, discussing in turn issues around Galen’s literary production, his medical and philosophical contribution to the theme of avoiding distress (ἀλυπία), controversial topics in Roman history such as the Antonine plague and the reign of Commodus, and finally the reception of the text in the Islamic world. Gathering eleven contributions by recognised specialists of Galen, Greek literature and Roman history, it revisits the new text extensively.
E-Book 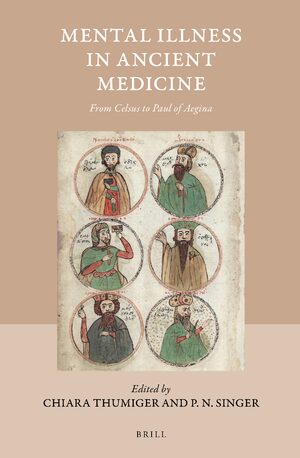 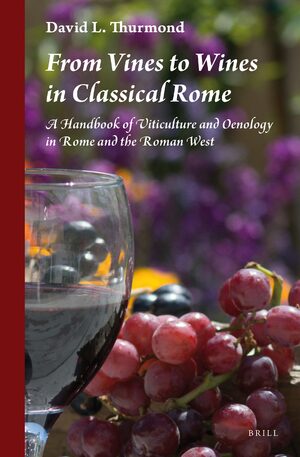 From Vines to Wines in Classical Rome
A Handbook of Viticulture and Oenology in Rome and the Roman West
Author: David L. Thurmond
David L. Thurmond’s From Vines to Wines in Classical Rome is the first general handbook on winemaking in Rome in over 100 years. In this work, Thurmond surveys the biology of the vine, the protohistory, history, viticulture, winemaking, distribution and modes of consumption of wine in classical Rome. He uses a close reading of the relevant Latin texts along with a careful survey of relevant archaeology and comparative practices from modern viticulture and oenology to elucidate this essential element of Roman culture.
E-Book