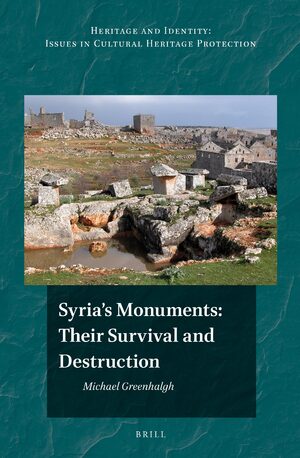 Syria's Monuments: their Survival and Destruction
Series: Heritage and Identity, Volume: 5
Author: Michael Greenhalgh
Syria's Monuments: their Survival and Destruction examines the fate of the various monuments in Syria (including present-day Lebanon, Jordan and Palestine/Israel) from Late Antiquity to the fall of the Ottoman Empire in the early 20th century. It examines travellers’ accounts, mainly from the 17th to 19th centuries, which describe religious buildings and housing in numbers and quality unknown elsewhere. The book charts the reasons why monuments lived or died, varying from earthquakes and desertification to neglect and re-use, and sets the political and social context for the Empire’s transformation toward a modern state, provoked by Western trade and example. An epilogue assesses the impact of the recent civil war on the state of the monuments, and strategies for their resurrection, with plentiful references and web links.
E-Book