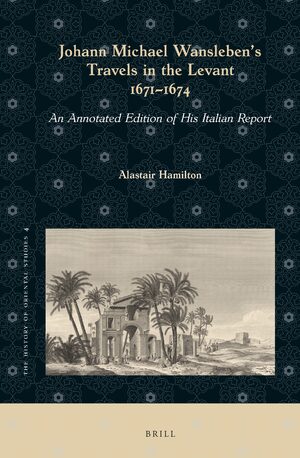 Johann Michael Wansleben's Travels in the Levant, 1671-1674
An Annotated Edition of His Italian Report
Series: The History of Oriental Studies, Volume: 4
Editor: Alastair Hamilton
Johann Michael Wansleben’s Travels in the Levant, 1671–1674 is a hitherto unpublished version of a remarkable description of Egypt and the Levant by the German scholar traveller Wansleben, or Vansleb (as he was known in France). He set out for the East in 1671 to collect
manuscripts and antiquities for the French king and also produced the best study of the Copts to have appeared to date. This book recounts his travels in Syria, Turkey and Egypt, his everyday life in Cairo, and his anthropological and archeological discoveries which include the Graeco-Roman Ǧabbārī cemetery in Alexandria, the Roman city of Antinopolis on the Nile, the Coptic monastery of St Anthony on the Red Sea and the Red and White monasteries in Upper Egypt.
E-Book 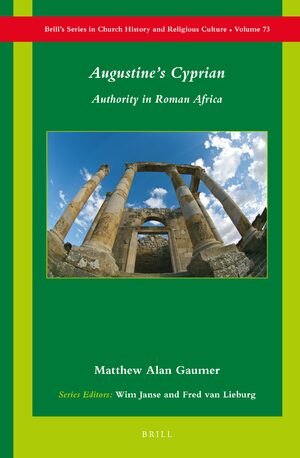 Augustine’s Cyprian
Authority in Roman Africa
Series: Brill's Series in Church History, Volume: 73
Author: Matthew Alan Gaumer
In Augustine’s Cyprian Matthew Gaumer retraces how Augustine of Hippo devised the ultimate strategy to suppress Donatist Christianity, an indigenous form of the religion in ancient North Africa. Spanning nearly forty years, Augustine’s entire clerical career was spent combating the Donatists and seeking the dominance of the Catholic Church in North Africa. Through a variety of approaches Augustine evolved a method to successfully outlaw and deconstruct the Donatist Church’s organisation. This hinged on concerted preaching, tract writing, integrating Roman imperial authorities, and critically: by denying the Donatists’ exclusive claim to Cyprian of Carthage. Re-appropriation of Cyprian’s authority required Augustine and his allies to re-write history and pose positions contrary to Cyprian’s. In the end, Cyprian was the Donatists’ no longer. 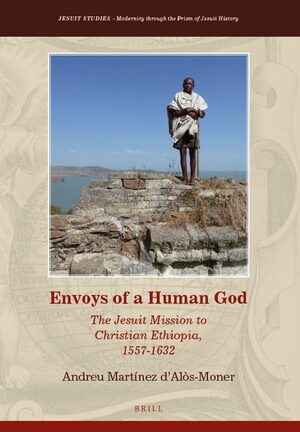 Envoys of a Human God
The Jesuit Mission to Christian Ethiopia, 1557-1632
Series: Jesuit Studies, Volume: 2
Author: Andreu Martínez d'Alòs-Moner
In Envoys of A Human God Andreu Martínez offers a comprehensive study of the religious mission led by the Society of Jesus in Christian Ethiopia. The mission to Ethiopia was one of the most challenging undertakings carried out by the Catholic Church in early modern times.
The book examines the period of early Portuguese contacts with the Ethiopian monarchy, the mission’s main developments and its aftermath, with the expulsion of the Jesuit missionaries. The study profits from both an intense reading of the historical record and the fruits of recent archaeological research. Long-held historiographical assumptions are challenged and the importance of cultural and socio-political factors in the attraction and ultimate estrangement between European Catholics and Ethiopian Christians is highlighted.