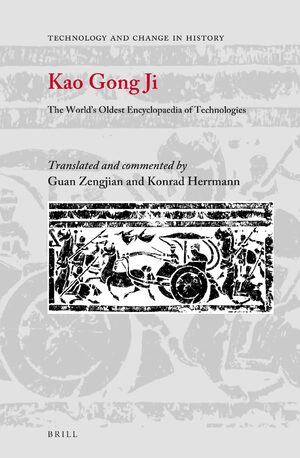 Kao Gong Ji
The World’s Oldest Encyclopaedia of Technologies
Series: Technology and Change in History, Volume: 17
Editors: Zengjian Guan and Konrad Herrmann
In Kao Gong Ji: The World’s Oldest Encyclopaedia of Technologies, Guan Zengjian and Konrad Herrmann offer an English translation and commentary of the first technological encyclopaedia in China. This work came into being around the 5th century C.E. and contains descriptions of thirty technologies used at the time. Most prominent are bronze casting, the manufacture of carriages and weapons, a metrological standard, the making of musical instruments, and the planning of cities. The technologies, including the manufacturing process and quality assurance, are based on standardization and modularization. In several commentaries, the editors show to which degree the descriptions of Kao Gong Ji correspond to archaeological findings. 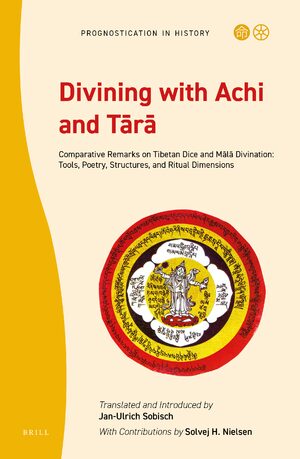 Divining with Achi and Tārā
Comparative Remarks on Tibetan Dice and Mālā Divination: Tools, Poetry, Structures, and Ritual Dimensions
Series: Prognostication in History, Volume: 1
Author: Jan-Ulrich Sobisch
Divining with Achi and Tārā is a book on Tibetan methods of prognostics with dice and prayer beads ( mālā). Jan-Ulrich Sobisch offers a thorough discussion of Chinese, Indian, Turkic, and Tibetan traditions of divination, its techniques, rituals, tools, and poetic language. Interviews with Tibetan masters of divination introduce the main part with a translation of a dice divination manual of the deity Achi that is still part of a living tradition. Solvej Nielsen contributes further interviews, a mālā divination of Tārā and its oral tradition, and very useful glossaries of the terminology of Tibetan divination and fortune telling. Appendices provide lists of deities and spirits and of numerous identified ritual remedies and supports that are an essential element of a still vibrant Tibetan culture.
E-Book (PDF) 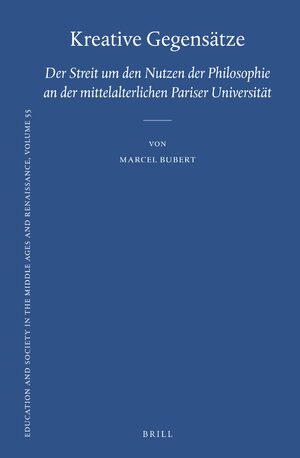 Kreative Gegensätze
Der Streit um den Nutzen der Philosophie an der mittelalterlichen Pariser Universität
Series: Education and Society in the Middle Ages and Renaissance, Volume: 55
Author: Marcel Bubert
In Kreative Gegensätze Marcel Bubert analyses the debates among medieval scholastics on the social usefulness of learned knowledge in their specific social and cultural contexts. In particular, he shows how the skepticism towards the scholars as well as the tensions between the University of Paris, the French royal court, and the citizens of Paris had profound effects on the scientific community, and led to very different views on the utility of philosophy. Some Masters responded to the expectations of society by emphasizing the autonomy of philosophical cognition. Others departed radically from this notion of science “for its own sake”, and created decidedly “practical” concepts of knowledge. The examination of these contentious relations shows how the dynamics of mutual demarcation within this “constellation” became intellectually prolific by way of generating highly original and innovative responses to the question of the utility of philosophy.
E-Book (PDF) 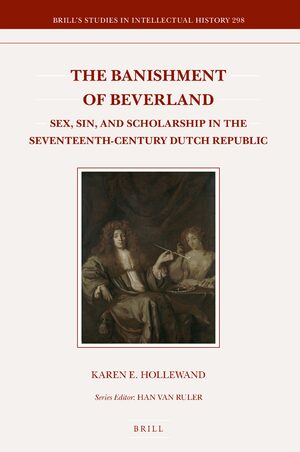 The Banishment of Beverland
Sex, Sin, and Scholarship in the Seventeenth-Century Dutch Republic
Series: Brill's Studies in Intellectual History, Volume: 298
Author: Karen Eline Hollewand
In 1679 Hadriaan Beverland (1650-1716) was banished from the province of Holland. Why was this humanist scholar exiled from one of the most tolerant parts of Europe in the seventeenth century? To answer this question, this book places Beverland’s writings on sex, sin, and scholarship in their historical context for the first time. Beverland argued that sexual lust was the original sin and highlighted the importance of sex in human nature, ancient history, and his own society. His audacious works hit a raw nerve: Dutch theologians accused him of atheism, he was abandoned by his humanist colleagues, and he was banished by the University of Leiden.

By positioning Beverland’s extraordinary scholarship in the context of the seventeenth-century Dutch Republic, this book examines how his radical studies challenged the intellectual, ecclesiastical, and political elite, providing a fresh perspective upon the Dutch Republic in the last decades of its Golden Age.
E-Book (PDF) 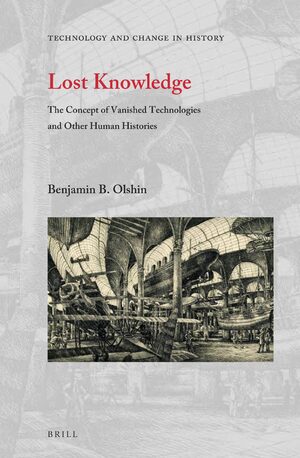 Lost Knowledge
The Concept of Vanished Technologies and Other Human Histories
Series: Technology and Change in History, Volume: 16
Author: Benjamin B. Olshin
Lost Knowledge: The Concept of Vanished Technologies and Other Human Histories examines the idea of lost knowledge, reaching back to a period between myth and history. It investigates a peculiar idea found in a number of early texts: that there were civilizations with knowledge of sophisticated technologies, and that this knowledge was obscured or destroyed over time along with the civilization that had created it. This book presents critical studies of a series of early Chinese, South Asian, and other texts that look at the idea of specific “lost” technologies, such as mechanical flight and the transmission of images. There is also an examination of why concepts of a vanished “golden age” were prevalent in so many cultures. Offering an engaging and investigative look at the propagation of history and myth in technology and culture, this book is sure to interest historians and readers from many backgrounds.
E-Book (PDF)