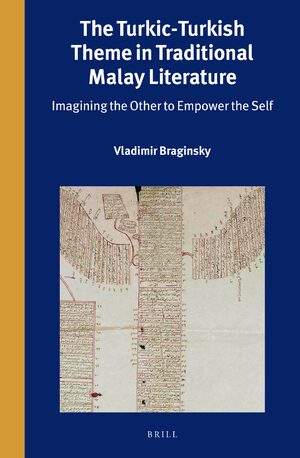 The Turkic-Turkish Theme in Traditional Malay Literature
Imagining the Other to Empower the Self
Series: Verhandelingen van het Koninklijk Instituut voor Taal-, Land- en Volkenkunde, Volume: 301
Author: Vladimir Braginsky
The Turkic-Turkish Theme in Traditional Malay Literature is the first detailed study of the representation of the Turkic peoples and Ottoman Turks in Malay literature between the 14th–19th centuries. Drawing on a wide range of texts, Vladimir Braginsky uncovers manifold metamorphoses and diverse forms of localisation of this Turkic-Turkish theme. This theme has strongly influenced the religious and political ideals and political mythology of Malay society. By creating fictional rather than realistic portrayals of the Turks and Turkey, imagining the king of Rum as the origin point of Malay dynasties, and dreaming of Ottoman assistance in the jihad against the colonial powers, Malay literati ultimately sought to empower the Malay ‘self’ by bringing it closer to the Turkish ‘other’.
E-Book (PDF)