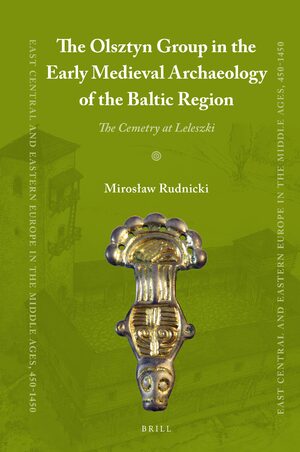 The Olsztyn Group in the Early Medieval Archaeology of the Baltic Region
The Cemetery at Leleszki
Series: East Central and Eastern Europe in the Middle Ages, 450-1450, Volume: 52
Author: Mirosław Rudnicki
The The Olsztyn Group in the Early Medieval Archaeology of the Baltic Region: The Cemetry at Leleszki deals with a much neglected problem of the archaeology of the early Middle Ages. Between the 5th and the 7th century, the region of the Mazurian Lakes in northeastern Poland witnessed the rise of communities engaged in long-distant contacts with both Western and Eastern Europe. Known as the Olsztyn Group, the archaeological remains of those communities have revealed a remarkable wealth and diversity, which has attracted scholarly attention for more than 130 years. Besides offering a survey of the current state of research on the Olsztyn Group, Mirosław Rudnicki introduces the monographic study of the Leleszki cemetery (district of Szczytno, Poland) as one of the most representative sites. The prosperity and long-distance contact revealed by the examination of this cemetery shows that the West Baltic tribes had considerable influence in early medieval Europe, much more than scholars had been ready to admit until now.
E-Book