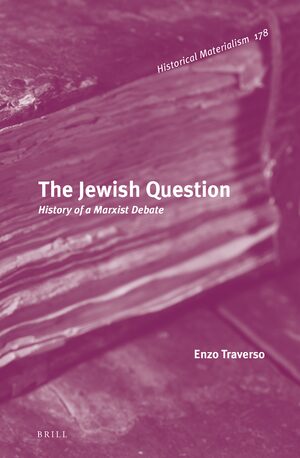 The Jewish Question
History of a Marxist Debate
Series: Historical Materialism Book Series, Volume: 178
Author: Enzo Traverso
In The Jewish Question: History of a Marxist Debate, Enzo Traverso explores the causes and the forms of the encounter that took place, from the middle of the nineteenth century to the Holocaust, between the intelligentsia of a cosmopolitan minority and the most radical ideological current of Western modernity. From Karl Marx to the Frankfurt School, the 'Jewish Question' — to a set of problems related to emancipation and anti-Semitism, cultural assimilation and Zionism — raised significant controversies within Marxist theory. Enzo Traverso carefully reconstructs this intellectual debate that runs over more than a century, pointing out both its achievements and its blind alleys.

This is the second edition, completely rewritten and updated, of a book already translated into many languages (originally published in French, then translated into English, German, Spanish, Japanese, and Turkish).
E-Book