Anthology of the Works of Ugo Spirito
Series: Value Inquiry Book Series, Volume: 344and Value Inquiry Book Series Online
Editor: Alicia Moran
Author: Anthony Costantini
The Anthology of the Works of Ugo Spirito captures the trajectory of Ugo Spirito’s complex body of thought that spanned more than fifty years, from 1921 to 1977. While confronting difficult contemporary problems related to philosophy and science, liberalism and socialism, fascism and communism, and other economic and ideological aspects such as corporativism and democracy, Spirito revealed a persistent desire to reach truth and the absolute. Yet, he also voiced his failure to consistently believe in any philosophical or political system. Unable to reach ‘incontrovertibility,’ he consistently examined his ideas, developing at the same time the ‘antinomic’ approach, a method of critical analysis that undermined any truth considered ‘incontrovertible.’ Today, Spirito stands as one of most anti-conformist Italian thinkers for he challenged the certainties of modern thought.
E-Book

This article introduces readers to the status of sighthounds in Spain, the abuse they endure at the hands of humans, and the work being carried out to help them by Galgos Del Sol, a local rescue with international partners. This paper is not based on empirical data or on scientific methods; it is, however, sourced directly from the experiences of an established Spanish sighthound rescue organisation, and affords the reader a unique and informed insight into this area. 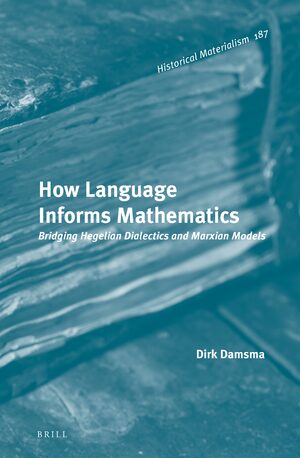 His book provides a blueprint for an approach to economic model building that does away with arbitrarily chosen assumptions and is sensitive to the institutional structures of capitalism. In light of the failure of mainstream economics to understand systemic failures like the financial crisis and given the arbitrary character of most assumptions in mainstream models, such an approach is desperately needed.
E-Book

EUR  €124.00USD  $150.00
Difficulties in Making the Ethically Correct Choice in the Management of a Case of Proven Dangerousness of a Shelter Dog
Authors: R. Benedetti, A. Malfatti and A. Marchegiani

The management of shelter dogs whose dangerousness to people has been verified is an aspect of considerable importance as it assesses animal welfare, public health, and the management of human and economic resources. In this paper, we briefly discuss the case of a large sized male dog that had bitten people several times and was declared to be at high risk of causing danger. Despite a behavioral rehabilitation program, the initial evidence of dangerousness remained unchanged, thus, there was no possibility of putting the dog up for adoption. This clinical case is an example of how conflicting it is for a behaviorist to choose ethically when considering euthanasia and animal welfare.

During the last 30 years the law regarding stray dogs in Italy evolved from employing euthanasia for these dogs after three days, to long term kenneling of all dogs not seriously or incurably ill or proven aggressive. This was a highly ethical law whose application was extremely difficult because of the lack of financial resources and adequate kenneling facilities. It is fair, necessary and urgent to adopt ethical choices in managing problems connected with stray dogs but decisions must be taken in consideration with thorough evaluation of the situation. Is long term kenneling a correct way to safeguard dogs’ welfare? Are there tools available to evaluate the welfare of these dogs? The available data about the number of stray dogs, both in kennels and roaming, are up to date? Are there financial resources available? Do the structures necessary to accommodate these animals exist and are they adequate? Countries that still have a kill policy should consider these aspects before legislating on this issue.

The general claim behind the use of psychiatric service dogs is that the dogs, given their individual training, can provide a bigger sense of independency and safety for people struggling with mental health issues such as PTSD. Struggling with these types of mental health issues is thought to be associated with a self-undermining feeling of shame that, in turn, reinforces the mental health issue in question. This particular experience is, we believe, not present, or present in only a limited sense, in a positive emotional relationship with a dog. Thus, understanding the phenomenon of shame and its influence on the dog-human relationship may help us understand why such a relationship can be beneficiary to people struggling with PTSD and possibly a variety of other mental health issues. The concept of shame is most suitably thought of as a social and relational phenomenon. That is, as an emotion elicited by others and related to certain societal and cultural standards, ideals and norms. Shame is experienced as a painful emotion that negatively affects our self-perception and includes the risk of producing a self-undermining shame that can lead to social withdrawal and a continuous vicious circle of shame. In this article we address these psychological phenomena from within a philosophical framework, and we argue that a positive relationship between a dog and a human can provide a valuable social space in which shame becomes less present. Such a social space necessitates the presence of a connection between relational beings—i.e., beings with advanced mental and emotional capacities. Thus, we argue that the understanding of any dog-human relationship must include an approach beyond the somewhat still existing confines of objective natural science and its implied skepticism and agnosticism towards animal mind. We introduce an approach to dog life and dog-human relationships inspired by phenomenology. This approach enables an understanding of the dog as a bodily being, who lives in and experiences the world around her in co-existence with relevant similar others, including humans. We argue that such an approach is a sound way of trying to understand dog-human relationships and provides a key to a better understanding of the concept of shame in connection with such relationships.

Among the several factors affecting animal welfare, non-epidemic emergencies are very stressful events. In the aftermath of earthquakes or during flooding, snowstorms and wildfires, companion animals are subject to injuries and deep stress, abandonment or loss resulting in the overcrowding of animal shelters, or in emergent free-roaming populations representing a potential public health threat to the affected communities. The loss of animals often also results in significant psychological trauma for their guardians. For these reasons in all phases of calamities, the care of companion animals becomes essential. This paper describes the activities that were carried out for the veterinary care of dogs and cats affected by the earthquakes that occurred in central Italy from August 2016 to January 2017. These disasters provided an opportunity to test an integrated emergency management system in which several actors participated to aid, assist and accommodate the companion animals, whether owned or strays, affected by the catastrophic events.

The management of free-roaming dog populations is an important matter both for the local administrations that have to manage this problem and for the defenders of the animals’ rights. This review’s first objective is to analyse the legal status of the free-roaming dogs in some European countries. A second purpose of this work is to ask questions and to consider the ethical aspects of the already-existing strategies to control free-roaming dog populations. Italian Law no. 281, which was enacted in 1991, was intended to solve the problem of free-roaming dogs in Italy; at the same time, apparently in contradiction with this objective, the law called for a no-kill policy to be enforced throughout the whole national territory. Thus, for a dog that has no chances of adoption, the ethical debate has moved to the question of whether a “life imprisonment” is better than the “capital punishment”. In terms of ethical aspects of control strategies of free-roaming dog populations, we believe that the Italian national law, and its regional applications, are more functional than the other laws of Westernized countries, with the appropriate measures suggested and with a more accurate control on their application.

Is a One Welfare Approach the Key to Addressing Unintended Harms and Maximising Benefits Associated with Animal Shelters?
Author: Anne Fawcett

Animal shelters, pounds and rescue organisations have evolved over time. Today they serve three purposes: to reduce animal welfare harms, to reduce harms to the community associated with free-roaming, stray or unwanted companion animals, and to reduce their associated environmental harms. This discussion explores the evolution of animal shelters, and argues that they are justified on utilitarian grounds. It explores unintended harms of shelters on animal welfare, including humane killing for the purposes of population control and shelter population management, as well as risks associated with confinement including behavioural deterioration and infectious diseases. It also explores harms to non-human animals, including moral distress and compassion fatigue. Finally, it explores potential environmental harms of shelters. The One Welfare concept, utilised in the World Animal Health Organisation (OIE) Global Animal Welfare Strategy, acknowledges the interplay between animal welfare, human well-being and environmental sustainability. It is argued that the One Welfare framework is critical in minimising harms and maximising benefits associated with animal shelters.