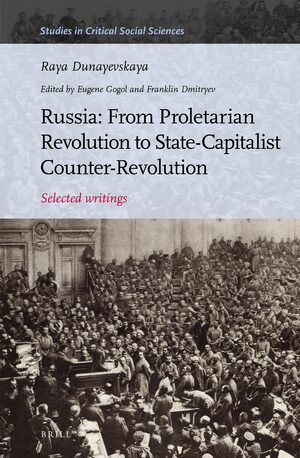 Russia: From Proletarian Revolution to State-Capitalist Counter-Revolution
Selected writings
Series: Studies in Critical Social Sciences, Volume: 108
Editors: Franklin Dmitryev and Eugene Gogol
Author: Raya Dunayevskaya
Russia: From Proletarian Revolution to State-Capitalist Counter-Revolution is a selection of writings by the Marxist-Humanist philosopher Raya Dunayevskaya, which begins with an examination of Lenin’s Hegel Notebooks, his philosophic preparation for proletarian revolution, followed by a section on “What Happens After” the revolution--the first years post 1917. Analyses of Trotsky, Stalin, Bukharin, and Luxemburg are presented.
A key section is “Russia’s Transformation into Opposite: The Theory of State-Capitalism.” Opposition to Russian state-capitalism such as the 1953 East Germany Revolt and the 1956 Hungarian Revolution are described. Mao’s China as another form of state-capitalism, as well as the Sino-Soviet conflict, is discussed. The study ends with a “battle of ideas” with other analyses of the Revolution and its aftermath. 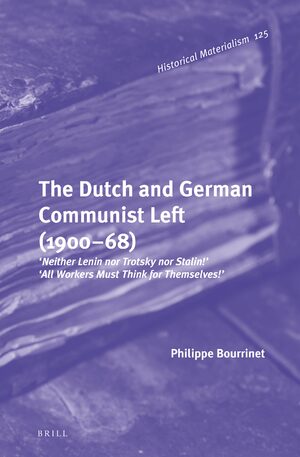 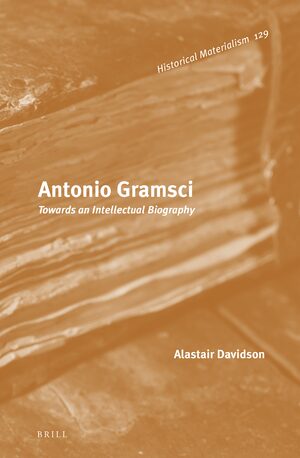 The Communistenbond Spartacus and the Council-Communist Current (1942–68)
Author: Philippe Bourrinet

The Dutch Internationalist Communists and the Events in Spain (1936–7)
Author: Philippe Bourrinet

The Dutch Left in the Comintern (1919–20)
Author: Philippe Bourrinet