This essay examines a literary exchange between the Visigothic poet-king Sisebut (612-621 AD) and his scholar-bishop Isidore of Seville following an anomalous sequence of eclipses. After Sisebut commissioned a scientific treatise from Isidore on such natural phenomena, he responded to the bishop’s prose with a short poem on lunar eclipses (De eclipsi lunae). This study interprets the exchange of texts not as a literary game, but as high-stakes political correspondence. It situates the king’s verses in an ongoing process of cultural construction in Visigothic Spain, led prominently by Isidore himself, but also tied to a rising ascetic movement. It argues that Sisebut was attuned to Isidore’s designs to manage the discourses through which Christian power was proclaimed, and shows how the king attempted to versify in accord with scientific truth so as to fit within Isidore’s ascetic intellectual program.

Eusebius of Caesarea’s or Eusebius of Emesa’s Theophania? Evidence from the Lemmata in Vaticanus Graecus 1611
Author: Holger Szesnat

This paper is a response to Alice Whealey’s proposal concerning the authorship of certain fragments traditionally assigned to Eusebius of Caesarea, arguing that they are more likely the work of his pupil, Eusebius of Emesa. The paper considers the manuscript evidence, specifically the lemmata in Vat.gr. 1611, in relation to the internal evidence considered by Whealey.

Evagrius of Pontus on Exodus and the Virtues
Author: Devin L. White

In On Prayer 1-4, Evagrius of Pontus reads the incense described in Exodus 30:34-37 as an allegorical type of the four cardinal virtues. This essay explains the logic of Evagrius’s interpretation, situating his argument in a longstanding philosophical debate about the interrelationship of the virtues. By reading the incense as virtue, Evagrius joins both Gregory of Nazianzus and Gregory of Nyssa in interpreting Exodus as a source for virtue theory, as well as several ancient philosophers who explained the virtues and their interrelation by comparing them to physical substances combined in a mixture. Central to Evagrius’s argument is the compound ancient philosophers called a “juxtaposition” (σύνθεσις), the use of which term shows Evagrius’s knowledge of a well-attested hexaplaric variant in Exod 30:35. In sum, authorized by his text of Exodus, Evagrius suggests the virtues relate to each other in the same fashion that the ingredients of a σύνθεσις relate to each other.

Most scholars agree that “pagans” did not read Christian scripture. This critical consensus, however, places inordinate weight on a decontextualized quotation from Tertullian and neglects a body of evidence to the contrary. In particular, the role of books in early autobiographical conversion narratives suggests that early Christian authors and copyists could sometimes work with a reasonable expectation of pagan readership. Against traditional notions of the restricted appeal and circulation of Christian literature, pagan and Christian sources alike indicate that Christian writings found an audience among philo-barbarian thinkers and that certain Christians promoted their books in pagan circles.

Why the Testimonium Taciteum Is Authentic: A Response to Carrier
Author: Willem J. C. Blom

The reference to Christ in Tacitus’ Annales is one of the earliest references to Jesus by a non-Christian author. Although this so-called “Testimonium Taciteum” is generally accepted as authentic, arguments against the authenticity of the passage given by Richard Carrier have not yet received a thorough response. In this article, I will argue that the arguments against authenticity of the Testimonium Taciteum do not rest on solid ground, nor does the alternative interpretation of the passage by Carrier. On the other hand, it is probable that Tacitus referred in his passage to the persecution of Christians, although that persecution may have been less connected with the fire of Rome than is commonly suggested. There are also four arguments that favour the authenticity of the Testimonium. 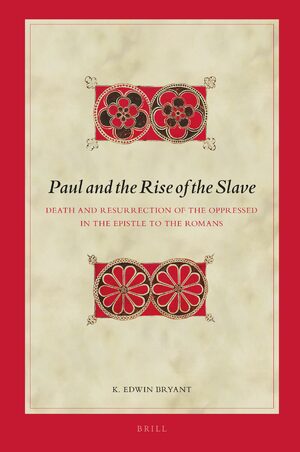 Paul and the Rise of the Slave
Death and Resurrection of the Oppressed in the Epistle to the Romans
Series: Biblical Interpretation Series, Volume: 141
Author: K. Edwin Bryant
Paul and the Rise of the Slave locates Paul’s description of himself as a “slave of Messiah Jesus” in the epistolary prescript of Paul’s Epistle to Rome within the conceptual world of those who experienced the social reality of slavery in the first century C.E. The Althusserian concept of interpellation and the Life of Aesop are employed throughout as theoretical frameworks to enhance how Paul offered positive ways for slaves to imagine an existence apart from Roman power. An exegesis of Romans 6:12-23 seeks to reclaim the earliest reception of Romans as prophetic discourse aimed at an anti-Imperial response among slaves and lower class readers.
E-Book