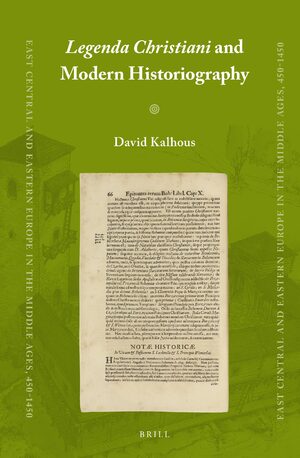 Legenda Christiani and Modern Historiography
Series: East Central and Eastern Europe in the Middle Ages, 450-1450, Volume: 34
Author: David Kalhous
Legenda Christiani and Modern Historiography focuses on the long history of the discussion over the authenticity of Legenda Christiani, a crucial text for the medieval history of the Czech lands. First, this study shows the birth and development of a critical historiography in the era of nationalism (19th-20th C.). Second, it explains the different textual strategies used by historiography in the modern era. Third, comparison with similar discussions about the consistency in or the age of medieval texts is offered. This book will be of interest for medievalists and for those studying the historiography of the Middle Ages.
E-Book 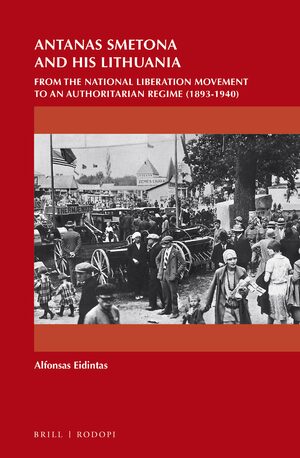 Antanas Smetona and His Lithuania
From the National Liberation Movement to an Authoritarian Regime (1893-1940)
Series: On the Boundary of Two Worlds, Volume: 42
Author: Alfonsas Eidintas
This biographical overview of the life of Antanas Smetona (1874-1944), his importance in the Lithuanian national movement, his central role in the emergence of modern Lithuania (1918-1920), and the development of the various groups of nationalists in Lithuania, offers a picture of the creation of a national state in XXth century Europe. Twice the president of Lithuania (1919-20 and 1926-40), the authoritarian ruler of the state from 1926-1940, Smetona established his role as a capable and needed politician in Lithuania’s political life, a middle person between the political left and right. The study characterizes Smetona’s closest and most important associates, who helped him to formulate legislation for his model of presidential regime, the nationalistic ideology, and the development of national economy. Despite its authoritarian tendencies Smetona’s rule surprisingly continued to be for many Lithuanians a symbol of Lithuanian independence and national freedom through the years of Soviet occupation.
E-Book 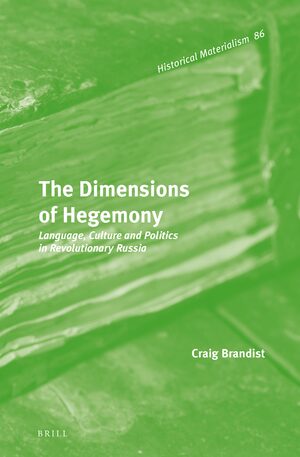 The Dimensions of Hegemony
Language, Culture and Politics in Revolutionary Russia
Series: Historical Materialism Book Series, Volume: 86
Author: Craig Brandist
Though generally associated with the Italian Marxist Antonio Gramsci, the idea of hegemony had a crucial history in revolutionary Russia where it was used to conceptualize the dynamics of political and cultural leadership. Drawing on extensive archival research, this study considers the cultural dimensions of hegemony, with particular focus on the role of language in political debates and in scholarship of the period. It is shown that considerations of the relations between the proletariat and peasantry, the cities to the countryside and the metropolitan centre to the colonies of the Russian Empire demanded an intense dialogue between practical politics and theoretical reflection, which led to critical perspectives now assumed to be the achievements of, for instance, sociolinguistics and post-colonial studies.
E-Book

2 Certainty and Doubts: Legenda Christiani in the Controversy of the Baroque and Enlightenment Era
Author: David Kalhous