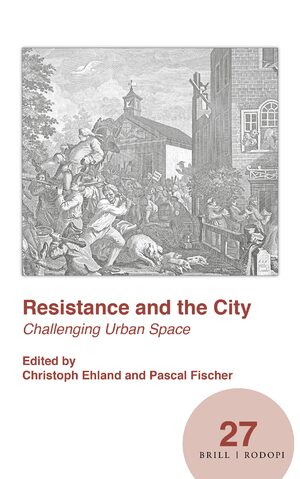 Resistance and the City
Challenging Urban Space
Series: Spatial Practices, Volume: 27
Editors: Christoph Ehland and Pascal Fischer
The essays collected in this volume unfold a panorama of urban phenomena of resistance that reach from the seventeenth to the twenty-first centuries, thus revealing the essential vulnerability of urban space to all forms of subversion. Taking their readers to diverse places and moments in history, the contributions remind us of the struggles over the concrete as well as the imaginary space we call the city.
The collection maps the various challenges experienced by urban communities, ranging from the unmistakably hegemonic claim of civic festivities in early modern London to the perceived threat posed by newly created parks in the Restoration period and from the dangers of criminality and riots in the eighteenth and nineteenth centuries to the transformation of the Berlin Wall into souvenirs scattered around the globe. 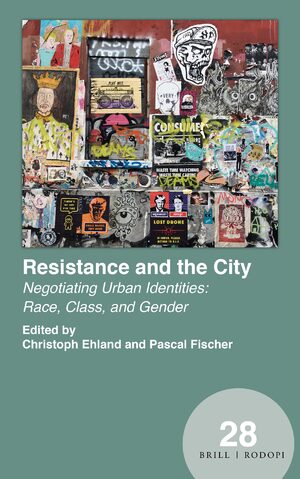 Resistance and the City
Negotiating Urban Identities: Race, Class, and Gender
Series: Spatial Practices, Volume: 28
Editors: Christoph Ehland and Pascal Fischer
The contributions collected in the second volume of Resistance and the City are devoted to the three markers of identity that cultural studies has recognised as paramount for our understanding of difference, inequality, and solidarity in modern societies: race, class, and gender.
These categories, tightly linked to the mechanics of power, domination and subordination, have often played an eminent role in contemporary struggles and clashes in urban space. The confluence of people from diverse ethnic, social, and sexual backgrounds in the city has not only raised their awareness of a variety of life concepts and motivated them to negotiate their own positions, but has also encouraged them to develop strategies of resistance against patterns of social and spatial exclusion. 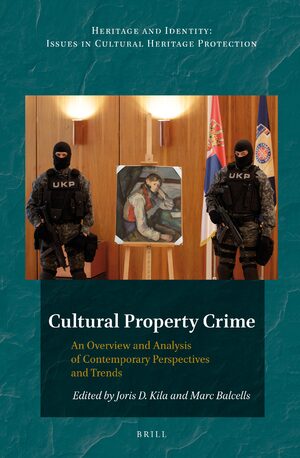 Cultural Property Crime
An Overview and Analysis of Contemporary Perspectives and Trends
Series: Heritage and Identity, Volume: 3
Editors: Joris Kila and Marc Balcells
In Cultural Property Crime various experts in the fields of criminology, art law, heritage studies, law enforcement, forensic psychology, archaeology, art history and journalism provide multidisciplinary perspectives on today’s concept of cultural property crime, including art crime. In addition, the volume deals with international, legal and practical developments regarding the increasing criminalization of acts against cultural property in times of conflict. Attention is paid to the changing status and fluctuating appraisal of cultural property as subject to classical art crimes generally in peacetime and as an identity-related symbolic target during conflict. The book covers a wide range of topics such as forgeries, white-collar crime, archaeological looting and the impact of war on cultural heritage.
ALSO AVAILABLE IN PAPERBACK at a reduced price!
E-Book