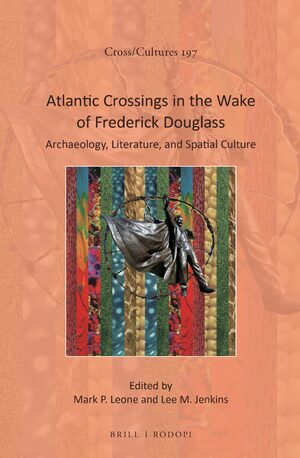 Atlantic Crossing in the Wake of Frederick Douglass
Archaeology, Literature, and Spatial Culture
Series: Cross/Cultures, Volume: 197
Editor: Mark Leone
Atlantic Crossings in the Wake of Frederick Douglass takes its bearings from the Maryland-born former slave Frederick Douglass’s 1845 sojourn in Ireland and Britain—a voyage that is understood in editors Mark P. Leone and Lee M. Jenkins’ collection as paradigmatic of the crossings between American, African American, and Irish historical experience and culture with which the collection as a whole is concerned. In crossing the Atlantic, Douglass also completed his journey from slavery to freedom, and from political and cultural marginality into subjective and creative autonomy. Atlantic Crossings traces the stages of that journey in chapters on literature, archaeology, and spatial culture that consider both roots and routes—landscapes of New World slavery, subordination, and state-sponsored surveillance, and narratives of resistance, liberation, and intercultural exchange generated by transatlantic connectivities and the transnational transfer of ideas. 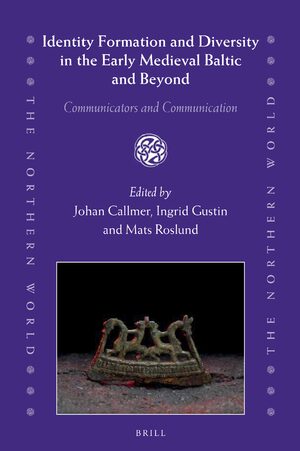 Identity Formation and Diversity in the Early Medieval Baltic and Beyond
Communicators and Communication
Series: The Northern World, Volume: 75
Editors: Johan Callmer, Ingrid Gustin and Mats Roslund
In Identity Formation and Diversity in the Early Medieval Baltic and Beyond, the Viking World in the East is made more heterogeneous. Baltic Finnic groups, Balts and Sami are integrated into the history dominated by Scandinavians and Slavs.
Interaction in the region between Eastern Middle Sweden, Finland, Estonia and North Western Russia is set against varied cultural expressions of identities. Ten scholars approach the topic from different angles, with case studies on the roots of diversity, burials with horses, Staraya Ladoga as a nodal point of long-distance routes, Rus’ warrior identities, early Eastern Christianity, interaction between the Baltic Finns and the Svear, the first phases of ar-Rus dominion, the distribution of Carolingian swords, and Dirhams in the Baltic region.
Contributors are Johan Callmer, Ingrid Gustin, Charlotte Hedenstierna-Jonson, Valter Lang, John Howard Lind, Marika Mägi, Mats Roslund, Søren Sindbaek, Anne Stalsberg, and Tuukka Talvio.
E-Book 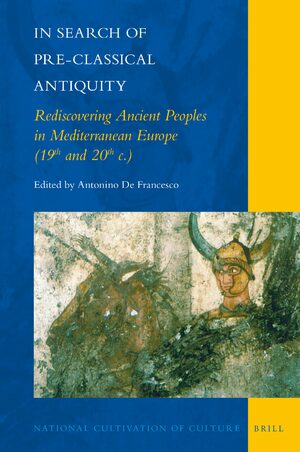 In: In Search of Pre-Classical Antiquity: Rediscovering Ancient Peoples in Mediterranean Europe (19th and 20th c.)

Bringing “the Periphery” into Focus: Social Interaction between Baltic Finns and the Svear in the Viking Age and Crusade Period (c.800 to 1200)
Author: Mats Roslund

In: In Search of Pre-Classical Antiquity: Rediscovering Ancient Peoples in Mediterranean Europe (19th and 20th c.)

In Search of Pre-Classical Antiquity: Rediscovering Ancient Peoples in Mediterranean Europe (19th and 20th c.)
Series: National Cultivation of Culture, Volume: 13
Editor: Antonino de Francesco
The book aims rethinking the cultural history of Mediterranean nationalisms between 19th and 20th centuries by tracing their specific approach to antiquity in the forging of a national past.
By focusing on how national imaginaries dealt with this topic and how history and archaeology relied on antiquity, this collection of essays introduces a comparative approach presenting several cases studies concerning many regions including Spain, Italy and Slovenia as well as Albania, Greece and Turkey.
By adopting the perspective of a dialogue among all these Mediterranean political cultures, this book breaks significantly new ground, because it shifts attention on how Southern Europe nationalisms are an interconnected political and cultural experience, directly related to the intellectual examples of Northern Europe, but also developing its own particular trends.