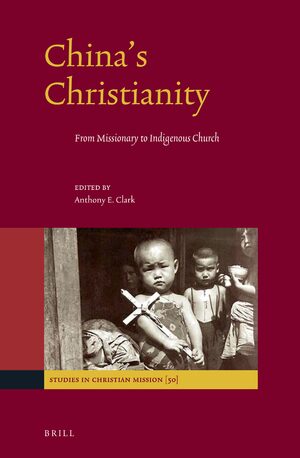 China's Christianity
From Missionary to Indigenous Church
Series: Studies in Christian Mission, Volume: 50
Editor: Anthony E. Clark
Among the assumptions interrogated in this volume, edited by Anthony E. Clark, is if Christianity should most accurately be identified as “Chinese” when it displays vestiges of Chinese cultural aesthetics, or whether Chinese Christianity is more indigenous when it is allowed to form its own theological framework. In other words, can theological uniqueness also function as a legitimate Chinese Christian cultural expression in the formation of its own ecclesial identity? Also central to what is explored in this book is how missionary influences, consciously or unconsciously, introduced seeds of independence into the cultural ethos of China’s Christian community. Chinese girls who pushed “the limits of proper behaviour,” for example, added to the larger sense of confidence as China’s Christians began to resist the model of Christianity they had inherited from foreign missionaries.

Christianity
Series: Religious Studies in Contemporary China Collection, Volume: 3
Editor: ZHUO Xinping
Chinese Christianity is fascinating and perplexing. Yet, although its existence can be dated back to the Tang Dynasty, when Christianity, in the form of Nestorianism, first arrived in China, it has not been extensively researched by Chinese academics. This volume is devoted to this topic and consists of twelve chapters, written mostly by leading mainland Chinese scholars. These writings shed light on five themes: epistemological reflection on Chinese Christian theology; interactions between Christianity and Chinese culture; the empirical and historical examination of Christian ethics and social development in China; the Chinese understanding of the Bible as literature; and the remarkable contribution that Christianity has made to Chinese higher education and cultural exchange with the external world.
E-Book

11. Some Tentative Comments on the Influence of Ferdinand Verbiest on the Emperor Kaangxi’s Policy towards Catholicism (试论南怀仁对康熙皇帝天主教政策的影响)
Author: Lin Jinshui (林金水)

12. The Jesuits in China and the Rise of Early European Sinology: A Brief Discussion of the Connection between Michał Piotr Boym and Athanasius Kircher’s China Illustrata (来华耶稣会士与欧洲早期汉学的兴起—简论卜弥格与基歇尔《中国图说》的关系)
Author: Zhang Xiping (张西平)