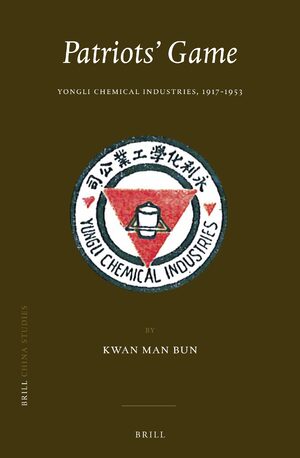 Patriots' Game
Yongli Chemical Industries, 1917-1953
Series: China Studies, Volume: 35
Author: Man Bun Kwan
“When thinking about modern China’s chemical industry, forget not Fan Xudong,” so declared Mao Zedong publicly after 1949. Although Mao might have united front politics in mind when invoking Fan as a paragon of the national bourgeoisie, why would the chairman praise a champion of private enterprise? How did Fan Xudong and his colleagues build Yongli from scratch into one of the largest industrial conglomerates in modern China amid predatory foreign competition and domestic strife? What were his secrets of success? Drawing from company documents, government archives, and personal correspondences, this book traces Yongli’s birth, growth, nationalization, and how Fan and his colleagues pursued a third path of national development between for-profit private enterprise and state ownership.
E-Book 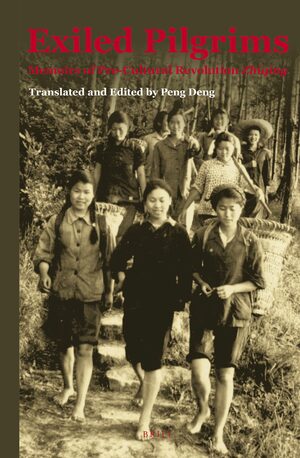 Exiled Pilgrims
Memoirs of Pre-Cultural Revolution Zhiqing
Author: Peng Deng
Exiled Pilgrims contains thirty-two personal accounts by people who, as teenagers, went to rural China in 1964 and 1965. Barred from high school or college by political discrimination, the authors left the cities for the countryside in hopes of redeeming their “original sin” while making a difference in rural China with their hard work, only to find out that their idealism was futile in a mundane world and absurd time. Thus their pilgrimage to an illusory utopia turned into a painful search for truth and a tough struggle to liberate themselves against enormous odds.
The book is the first and only collection of stories by members of a once marginalized and heretofore largely unheard-of group in contemporary China.

"The stories of these young 'exiled pilgrims' bring the reader uplifting examples of the resilience of the human spirit. Their stories are heart-breaking, but the voice is never cynical, and hope is a constant. Exiled Pilgrims is a treasure."
Carole Head, High Point University


"The stories compiled here detail the daily life of a strange and fascinating period, always with emotion, often with humor, showing that one can speak about serious things without being dry. Reading this book is an excellent and pleasant way to understand the real China under Mao."
Michel Bonnin, School for Advanced Studies in Social Sciences, Paris


"These individualized accounts reflect the shining—and somewhat sad—lives of pre-Cultural Revolution zhiqing. In their stories, the authors not only record their personal experiences, but also provide insightful explanation for the origins, evolution, and impact of such phenomena as the implementation of the class line at schools and the utopian orientation among the Chinese youth in the early and mid-1960s. Together with the valuable photos and rare documents, stories in Exiled Pilgrims give us a fairly comprehensive portrayal of the collective journey of pre-Cultural Revolution zhiqing."
Liu Xiaomeng, Chinese Academy of Social Sciences, Beijing

Behind the Clouds
Author: Zongjing Ren

Between Chongqing and Yunnan
Author: Ying He

The Choice between Life and Death
Author: Wenhua Ma