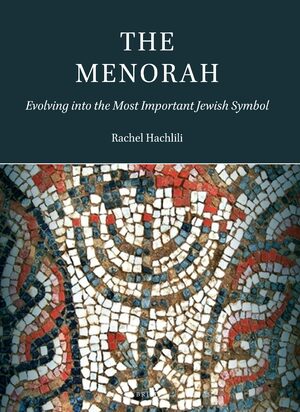 The Menorah: Evolving into the Most Important Jewish Symbol
Author: Rachel Hachlili
The Menorah, the ancient seven-armed candelabrum, was the most important Jewish symbol both in the Land of Israel and the Diaspora. The menorah was the most important of the Temple vessels and it also came to symbolize Judaism, when it was necessary to distinguish synagogues and Jewish tombs from Christian or pagan structures. This book is a continuation of Hachlili's earlier comprehensive study, The Menorah, the Ancient Seven-armed Candelabrum: Origin, Form and Significance. Brill, 2001. It entails the compilation and study of the material of the past two decades, presenting the theme of the menorah, focusing on its development, form, meaning, significance, and symbolism in antiquity.
E-Book (PDF)