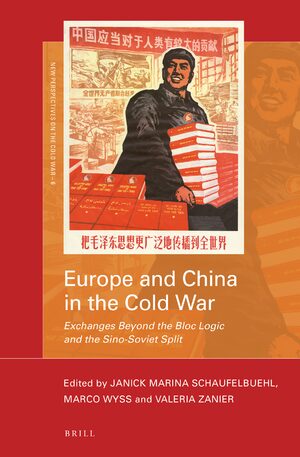 Europe and China in the Cold War
Exchanges Beyond the Bloc Logic and the Sino-Soviet Split
Series: New Perspectives on the Cold War, Volume: 6
Editors: Janick Marina Schaufelbuehl, Marco Wyss and Valeria Zanier
Europe and China in the Cold War studies Sino-European relations from the establishment of the People’s Republic of China (PRC) in 1949 to the Tiananmen Square protests of 1989. Based on new multi-archival research, the international authorship presents and analyses diplomatic and personal relationships between Europe and China at the political, economic, military, cultural, and technological levels.
In going beyond existing historiography, the book comparatively focuses on the relations of both Eastern and Western Europe with the PRC, and adopts a global history approach that also includes non-state and transnational actors. This will allow the reader to learn that the bloc logic and the Sino-Soviet split were indeed influential, yet not all-determining factors in the relations between Europe and China.
E-Book