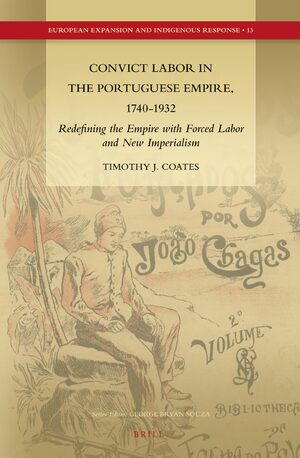 Convict Labor in the Portuguese Empire, 1740-1932
Redefining the Empire with Forced Labor and New Imperialism
Series: European Expansion and Indigenous Response, Volume: 13
Author: Timothy J. Coates
Forced convict labor provided the Portuguese with solutions to the growing criminal population at home and the lack of infrastructure in Angola and Mozambique. In Convict Labor in the Portuguese Empire, Timothy J. Coates examines the role of large numbers of convicts in Portuguese Africa from 1800 until 1932. This work examines the numbers, rationale, and realities of convict labor (largely) in Angola during this period, but Mozambique is a secondary area, as well as late colonial times in Brazil.

This is a unique, first study of an experiment in convict labor in Africa directed by a European power; it will be welcomed by scholars of Africa and New Imperialism, as well as those interested in law and labor.