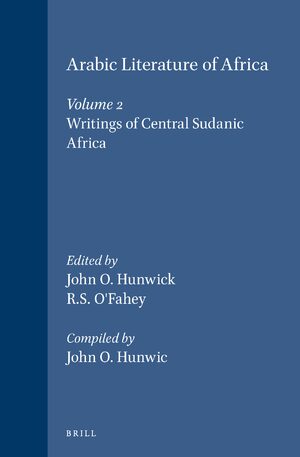 Arabic Literature of Africa, Volume 2 Writings of Central Sudanic Africa
Series: Handbook of Oriental Studies. Section 1 The Near and Middle East, Volume: 13/2and Arabic Literature of Africa, Volume: 13/2
Editors: John Hunwick and O'Fahey
The second volume of Arabic Literature of Africa (of which six volumes are planned) deals with the literature of Central Sudanic Africa, i.e. the area lying between the present Republic of the Sudan and Mali.
The bulk of the work concerns Nigeria, which has produced a voluminous and varied Arabic-Islamic literature. The smaller and less studied Arabic literature traditions of Chad, Cameroun and Niger are also examined.
The work is arranged both chronologically and by sub-region, and writers have been grouped within chapters according to their scholarly and religious affiliations. Full details are given of known manuscripts, published editions and translations. There are indexes of titles, authors, first lines of poetry and a general index. An initial overview and chapter introductions provide an outline intellectual history.
Hardback 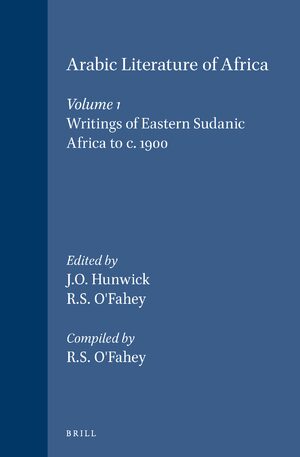 Arabic Literature of Africa, Volume 1 Writings of Eastern Sudanic Africa to c. 1900
Series: Handbook of Oriental Studies. Section 1 The Near and Middle East, Volume: 13/1and Arabic Literature of Africa, Volume: 13/1
Editors: John Hunwick and O'Fahey
Eventually to be completed in six volumes, Arabic Literature of Africa will provide a survey of Muslim authors writing in Arabic in Saharan and sub-Saharan Africa and a bibliography of their works. Falling within the tradition of the great works of Brockelmann and Sezgin, it will form a basic reference tool for the study of Arabic writing in areas of the African Islamic world that fall outside the parameters of these works. While primarily a work of reference, it will also attempt to provide an outline of the intellectual history of Muslim societies in the areas it covers: the Nile valley, East Africa and the Horn of Africa, West Africa and the western Sahara, from earliest times to the present.
The first volume covers Eastern Sudanic Africa (mainly the modern Sudan) until approximately 1900. It comprises twelve chapters organised by theme or period and aims to present as complete a coverage as the present state of our knowledge will allow.
Hardback