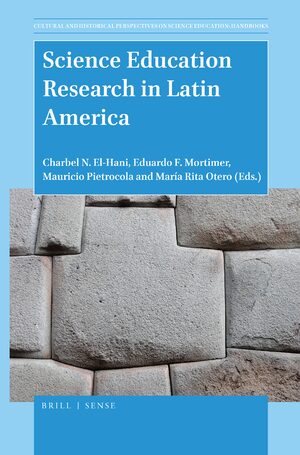 Following a sociocultural perspective on learning, we report an analysis of meaning making about Darwinist explanations during discursive interactions in biology classrooms. To perform this analysis, we used a conceptual profile of adaptation in combination with a framework developed by Mortimer and Scott (2003) as a tool for analyzing classroom discourse, grounded on the dialogic theory of language of the Bakhtin circle and Vygotsky’s account of the development of higher mental functions. We discuss how the results obtained through this kind of analysis make it possible to characterize in semantic, linguistic, and social terms the relationship between discursive interactions and meaning making in the science classroom, and bring contributions to the planning of teaching interventions, especially, to the management of communicative approaches and language use in the interactions between teachers and students, as a way of increasing the likelihood that students appropriate the school science perspective. An important asset in the science classroom is to explicitly approach the meaning of different ways of speaking in order to support the students in the task of becoming aware of the distinctive features of everyday and school science social languages. In the case of teaching about the theory of evolution by natural selection, it is important that the students are stimulated to master ways of speaking closer to the variational perspective zone in our adaptation profile model. This can be done, for instance, by promoting their construction of utterances in which the organisms appear as objects of the evolutionary process instead of utterances in which the organisms appear as subjects of evolutionary change; and by reconstructing narratives produced in a language characterized by personification and anthropomorfization to talk about evolution processes into narratives of chains of events without clear protagonist agents, which result in the evolution of populations of organisms.

Chapter 20 Contributions to Physics Education from the History and Philosophy of Science
Authors: Irene Arriassecq and Verónica Guridi

This chapter analyzes the historical evolution of HPS in connection with science teaching and learning, the different lines of research that have developed over time, and some examples of teaching proposals – aimed at students, teachers and preservice science teachers – which were designed taking research results into account. Some special phases in this evolution are described: a first historic landmark that considered HPS as playing a limited role in the process of institutionalizing science education research in Brazil; the consolidation of the area during the 1980s; the application of HPS in the development of variations of the conceptual change model (Posner et al., 1982), giving special emphasis to other philosophers besides Kuhn and Lakatos; and a last phase of the institutionalization process of science education research in Brazil. A critical analysis of the present situation regarding the incorporation of HPS in science education is carried out, and some ideas are suggested in order to make progress along these lines.

Chapter 17 Contributions to the Nature of Science
Author: Agustín Adúriz-Bravo

In this chapter, we will look into some of the diverse contributions that the history and philosophy of science can make to science education. Focus is on how these meta-sciences have been used to construct an educationally valuable image of what is usually called the ‘nature of science’, that is, an epistemological characterization of science as a product (scientific knowledge) and as a process (scientific activity). We deal with a didactical characterization of the nature of the scientific enterprise that conceptualizes science-in-the-making from a perspective that resorts to the idea of evidence. From this point of view, we claim that science can be seen as the collection, transformation and use of evidence to model the natural world. We direct the inquiry-based characterization of science towards the education of pre- and in-service science teachers. One of the main aims of the chapter is to provide a comprehensive picture of recent Latin American scholarship devoted to this issue within the field of didactics of science (i.e. science education as an academic discipline).

In this chapter we propose the bases for a Didactics of Sciences that takes into account the emotions, feelings and reasoning in the reconstruction of a domain of scientific knowledge. The ideas of Humberto Maturana and Antonio Damasio are used as they offer neurobiological support to the relationship between emotions, actions, feelings and reasoning. Gérard Vergnaud’s theory of conceptual fields is adopted as a theory of cognitive development to study the process of conceptualization in a certain domain of knowledge. Finally we present the example of a didactic sequence to teach the foundations of Quantum Mechanics for high school students, which has been designed and implemented by using the didactic principles proposed in this chapter.

Chapter 19 The History and Philosophy of Chemistry (HPC) in Teaching and in the Professional Development of Teachers
Author: Mario Quintanilla Gatica

Scientific knowledge, as a deeply human activity, has been constructed through the centuries in a transcultural way, on foundations that have been determined (and many times conditioned) by the coexistence and simultaneousness of multiple beliefs about the structure of matter, conflicts of power derived from the need of “controlling the knowledge”, mythological traces, religious influences, political crises and value disputes generating the most incredible controversies and, in many cases, complex controversies. So, in the last decades the idea of historicity and philosophy of chemistry admits polar opposite interpretations in the meta scientific analyses: some of them try to explain the evolution of knowledge of our discipline from a reductionist view, valuing the objectivity of the datum itself. This is known as anachronistic view. Other interpretations would like to generate explanatory models of science theories, rising from the valuation of the period and context in which such knowledge was “socialized” and influencing the cultural development of a certain scientific community. This is known as diachronic view. This last way of understanding the history of chemistry, valuable in our opinion for natural science teachers, generates approaches distinguished in a substantial way among the so called facts of the past and historical facts, as they have been approached by several researchers. Collecting objective data and interpreting it without understanding the social expectations, the political conflicts and the economic controversies of a period contribute to a restrictive interpretation of the development of knowledge and the scientific activity. This is even more so if one ignores the values in dispute conditioning the discoveries and scientific inventions, all elements that are also part of the so called “historical datum”. Such restrictive interpretation would not be adequate, according to many authors, for scientific education in general and the teaching of chemistry in particular. In the same way one cannot ignore the difference sources of information, the scientific instruments, the characteristic languages and strategies of communication that influence scientific work and science teaching.These elements have been very diverse in causes, attributes and consequences at moments and periods also very different in the human history. What sense does incorporating the history of chemistry as a relevant meta theoretical component in the professional development have? That is the question we would like to invite you to reflect upon in this chapter.

This work discusses the commitments related with the use of historical contents in science teaching. We start by considering historiographic recommendations from some classical and current research. After, we present Didactic Transposition as a way of showing the transformations scientific knowledge suffers from its original context to the school context. Our conclusion is that it is impossible to produce teaching knowledge with both historiographic and didactic certitude. There are always risks during the didactic process, and we suggest preparing the teachers to evaluate them. Following Chevallard’s suggestion, we name epistemological vigilance the skill that allows the teacher to be aware of the risks in the science education activities.

This chapter discusses different perspectives in which the field of the History of Science (HS) can be related to science education, and brings a new perspective for further collaborative work in both areas. Considering different ways in which the importance of the social context is recognized in the conceptualization process, new heuristic tools are discussed and applied to real situations. The case of the relations between Evolution and Genetics is focused, showing how learning difficulties can be taken as literal clues for historiographical investigation. Another case is presented, namely, the way Charles Darwin had considered the inclusion of humans since the first edition of “Origin of Species”. There was a long debate on this issue and historians had been divided, but classroom work gave important contributions to this issue. The chapter closes with the discussion of the possible relations between cognitive activity, as a socially defined process, and the reappraisal of key concepts for HS.