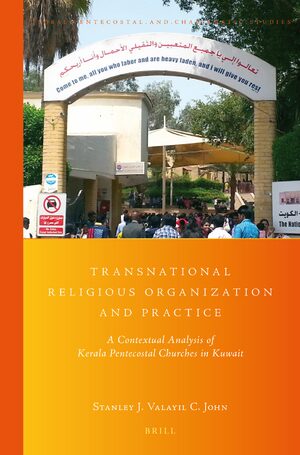 Transnational Religious Organization and Practice
A Contextual Analysis of Kerala Pentecostal Churches in Kuwait
Series: Global Pentecostal and Charismatic Studies, Volume: 27
Author: Stanley J. Valayil C. John
In Transnational Religious Organization and Practice Stanley John provides the first in-depth analysis of a migrant Christian community in the Arabian Gulf. The book explores how Kerala (South India) Pentecostal churches in Kuwait organize and practice their Christian faith, given the status of their congregants as temporary economic migrants and noting that the transient status heightens their transnational orientation toward their homeland in India.

The research follows a twofold agenda: first, examining the unique sociopolitical and migrational context within which the KPCs function, and second, analyzing the transnational character and structural patterns that have emerged in this context. The ethnographic research identifies and analyzes the emerging structures and practices of the KPCs through three lenses: networks, agents, and mission. This study concludes with a proposal for an interdisciplinary theoretical framework to be employed in the study of transnational religious communities. 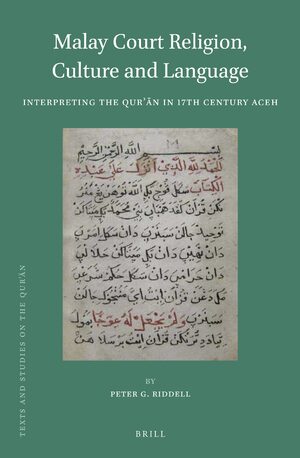 Islam
Series: Religious Studies in Contemporary China Collection, Volume: 6
Editors: Michael Dillon, Yijiu JIN and Wai Yip Ho
This important collection of articles by leading Chinese scholars of Islamic studies reflects current thinking about the past and present condition of Islam in China. It has a strong focus on China’s north-west, the most important region for the study of Islam in China. Most contributions relate to the Hui (Chinese-speaking) Muslims of Gansu and Qinghai provinces and the Ningxia Hui Autonomous Region but there are also chapters on the Uyghurs of Xinjiang. An important feature of this book is the attention paid to the Sufi orders: the role of these networks, which embody an inner-directed and mystical aspect of Islam, is crucial to the understanding of Muslim communities in both historical and contemporary China.
E-Book

A Brief Analysis of the Formation and the Characteristics of the Ishan Sufi Group
Author: Huaide Wang