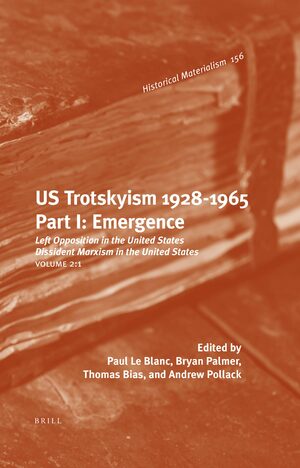 US Trotskyism 1928-1965. Part I: Emergence
Left Opposition in the United States. Dissident Marxism in the United States: Volume 2
Series: Historical Materialism Book Series, Volume: 156
Editors: Paul Le Blanc, Bryan D. Palmer and Thomas Bias
U.S. Trotskyism 1928-1965. Part I: Emergence -- Left Opposition in the United States is the first of a documentary trilogy on a revolutionary socialist split-off from the U.S. Communist Party, reflecting Leon Trotsky’s confrontation with Stalinism in the global Communist movement. Spanning 1928 to 1940, this volume surveys important U.S. labor struggles in the 1930s, early efforts to comprehend the so-called “Negro Question,” and substantial contributions to the study history and the development of Marxist theory. Also covered are confrontations and convergences with other currents on the Left, internal debates and splits among Trotskyists themselves, and repressive efforts by the U.S. government in the first Smith Act Trial. Scholars and activists will find much of interest in these primary sources.
E-Book 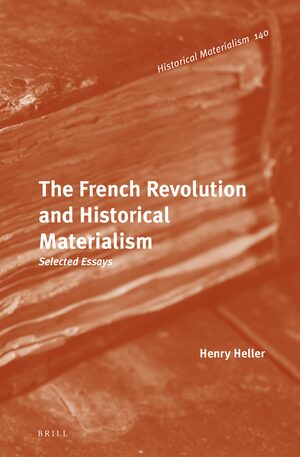 The French Revolution and Historical Materialism
Selected Essays
Series: Historical Materialism Book Series, Volume: 140
Author: Henry Heller
This text reasserts the Marxist view of the French Revolution as a bourgeois and capitalist revolution. Based mainly on articles published in the journal Historical Materialism it challenges the still dominant revisionist view of the French Revolution. It serves to restore the close tie between the history of the Old Regime and the Revolution. It demonstrates that the rise of a bourgeois capitalist class has a long history dating back to the sixteenth century. Moreover, it shows that the Revolution itself played a large role in strengthening the bourgeoisie politically and economically while bringing about the unification of financial and productive capital. Indeed, it shows that the rising of the masses during the Revolution, viewed by revisionism as economically regressive, in fact helped to bring about the consolidation of capitalism.
E-Book

Holland Members of the Amsterdam Admiralty Board
Author: Pepijn Brandon

Income and Expenditure of the Amsterdam Admiralty: Steps from Figures in ‘Borderel’ to Reconstruction
Author: Pepijn Brandon

The Making of the Federal-Brokerage State
Author: Pepijn Brandon