In recent decades, Danish historians have highlighted the central role of the Valdemar dynasty and the bishops supporting them in the Baltic crusades, but visual sources show how the entire society was mentally prepared for a journey with redemption waiting at the end. A New Jerusalem was being built in Scandinavia, and the crusade to Livonia was conducted under the banner of Christ.
E-Book

The Thousand and One Nights: Sources and Transformations in Literature, Art, and Science
Series: Studies on Performing Arts & Literature of the Islamicate World, Volume: 9
Editors: Ibrahim Akel and William Granara
The Thousand and One Nights does not fall into a scholarly canon or into the category of popular literature. It takes its place within a middle literature that circulated widely in medieval times. The Nights gradually entered world literature through the great novels of the day and through music, cinema and other art forms. Material inspired by the Nights has continued to emerge from many different countries, periods, disciplines and languages, and the scope of the Nights has continued to widen, making the collection a universal work from every point of view. The essays in this volume scrutinize the expanse of sources for this monumental work of Arabic literature and follow the trajectory of the Nights’ texts, the creative, scholarly commentaries, artistic encounters and relations to science. Contributors: Ibrahim Akel, Rasoul Aliakbari, Daniel Behar, Aboubakr Chraïbi, Anne E. Duggan, William Granara, Rafika Hammoudi, Dominique Jullien, Abdelfattah Kilito, Magdalena Kubarek, Michael James Lundell, Ulrich Marzolph, Adam Mestyan, Eyüp Özveren, Marina Paino, Daniela Potenza, Arafat Abdur Razzaque, Ahmed Saidy, Johannes Thomann and Ilaria Vitali.
E-Book 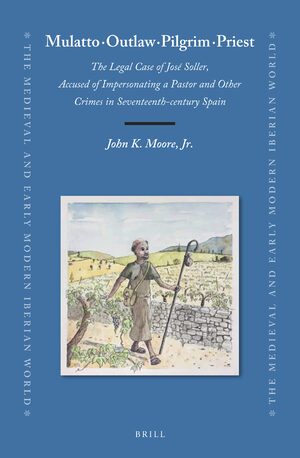 Mulatto · Outlaw · Pilgrim · Priest: The Legal Case of José Soller, Accused of Impersonating a Pastor and Other Crimes in Seventeenth-century Spain
Series: The Medieval and Early Modern Iberian World, Volume: 75
Author: John K. Moore, Jr.
In Mulatto · Outlaw · Pilgrim · Priest, John K. Moore, Jr. presents the first in-depth study, critical edition, and scholarly translation of His Majesty’s Representative v. José Soller, Mulatto Pilgrim, for Impersonating a Priest and Other Crimes. This legal case dates to the waning days of the Hapsburg Spanish empire and illuminates the discrimination those of black-African ancestry could face—that Soller did face while attempting to pass freely on his pilgrimage from Lisbon to Santiago de Compostela and beyond.
This bilingual edition and study of the criminal trial against Soller is important for reconstructing his journey and for revealing at least in part the de facto and de jure treatment of mulattos in the early-modern Iberian Atlantic World.
E-Book 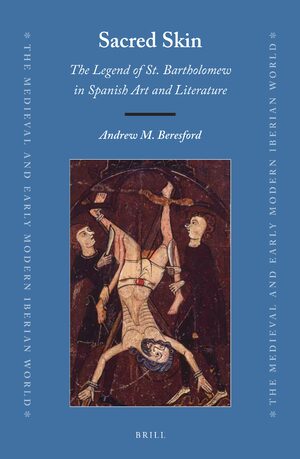 Augustinian Art and Meditation in Renaissance Florence
The Choir Altarpieces of Santo Spirito 1480-1510
Series: Brill's Studies on Art, Art History, and Intellectual History, Volume: 308/42and Brill's Studies in Intellectual History, Volume: 308/42
Author: Antonia Fondaras
In The Choir Altarpieces of Santo Spirito, 1480-1510, Antonia Fondaras reunites the fifteenth-century altarpieces painted by Botticelli, Piero di Cosimo, Filippino Lippi, and other masters for the choir of the Augustinian church of Santo Spirito in Florence. Departing from a conventional focus on artist and patron, the author illuminates the engagement of the Augustinian Hermit friars with the composition and iconography of these pictures, and discusses how they were used to fashion the choir into a space suited to the friars’ institutional and spiritual ideals. Fondaras includes a close reading of the choir’s most compelling and original altarpieces, which were grounded in the writings of Augustine and provided a focal point for the friars’ sophisticated meditative practices.
E-Book 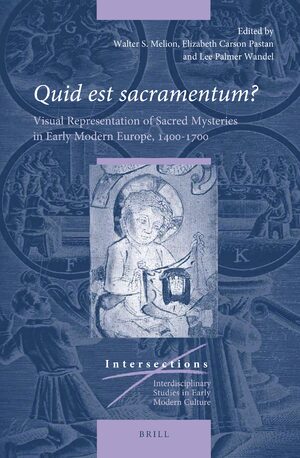 Quid est sacramentum? Volume One
Visual Representation of Sacred Mysteries in Early Modern Europe, 1400-1700’
Series: Intersections, Volume: 65
Editors: Walter Melion, Elizabeth Carson Pastan and Lee Palmer Wandel
‘Quid est sacramentum?’ Visual Representation of Sacred Mysteries in Early Modern Europe, 1400-1700 investigates how sacred mysteries (in Latin, sacramenta or mysteria) were visualized in a wide range of media, including illustrated religious literature such as catechisms, prayerbooks, meditative treatises, and emblem books, produced in Italy, France, and the Low Countries between ca. 1500 and 1700. The contributors ask why the mysteries of faith and, in particular, sacramental mysteries were construed as amenable to processes of representation and figuration, and why the resultant images were thought capable of engaging mortal eyes, minds, and hearts. Mysteries by their very nature appeal to the spirit, rather than to sense or reason, since they operate beyond the limitations of the human faculties; and yet, the visual and literary arts served as vehicles for the dissemination of these mysteries and for prompting reflection upon them. 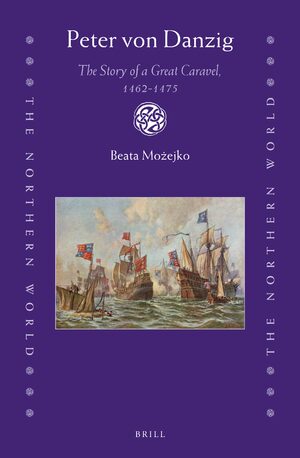 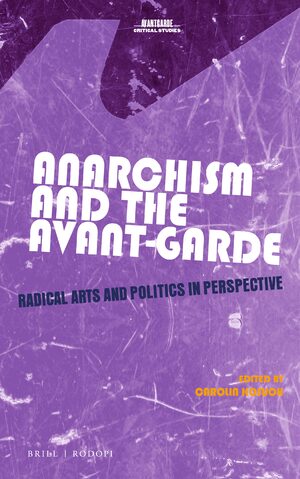 Anarchism and the Avant-Garde
Radical Arts and Politics in Perspective
Series: Avant-Garde Critical Studies, Volume: 38and Avant-Garde Critical Studies, Volume: 38
Editor: Carolin Kosuch
Anarchism and the Avant-Garde: Radical Arts and Politics in Perspective contributes to the continuing debate on the encounter of the classical anarchisms (1860s−1940s) and the artistic and literary avant-gardes of the same period, probing its dimensions and limits. Case studies on Dadaism, decadence, fauvism, neo-impressionism, symbolism, and various anarchisms explore the influence anarchism had on the avant-gardes and reflect on avant-garde tendencies within anarchism. This volume also explores the divergence of anarchism and the avant-gardes. It offers a rich examination of politics and arts, and it complements an ongoing discourse with theoretical tools to better assess the aesthetic, social, and political cross-pollination that took place between the avant-gardes and the anarchists in Europe.
E-Book 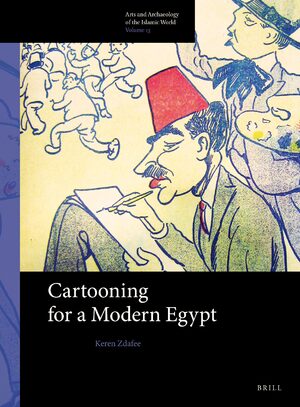 Cartooning for a Modern Egypt
Series: Arts and Archaeology of the Islamic World, Volume: 13
Author: Keren Zdafee
The Egyptian caricature is generally studied as part of Egyptian mass culture, and mainly discussed in the context of Egypt's anti-colonial resistance to British foreign rule, as part of the forging of a “national style". In Cartooning for a Modern Egypt, Keren Zdafee foregrounds the role that Egypt’s foreign-local entrepreneurs and caricaturists played in formulating and constructing the modern Egyptian caricature of the interwar years, that was designated for, and reflected, a colonial and cosmopolitan culture of a few. Keren Zdafee illustrates how Egyptian foreign-local caricaturists envisioned and evaluated the past, present, and future of Egyptian society, in the context of Cairo's colonial cosmopolitanism, by adopting a theoretical, semiotic, and historical approach.
E-Book 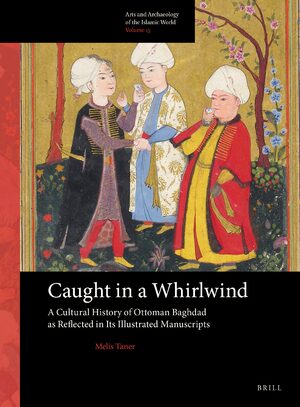