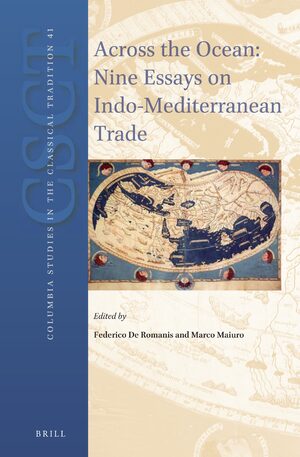 Across the Ocean: Nine Essays on Indo-Mediterranean Trade
Series: Columbia Studies in the Classical Tradition, Volume: 41
Editors: Federico De Romanis and Marco Maiuro
Across the Ocean contains nine essays, each dedicated to a key question in the history of the trade relations between the Mediterranean and the Indian Ocean from Antiquity to the Early Modern period: the role of the state in the Red Sea trade, Roman policy in the Red Sea, the function of Trajan’s Canal, the pepper trade, the pearl trade, the Nabataean middlemen, the use of gold in ancient India, the constant renewal of the Indian Ocean ports of trade, and the rise and demise of the VOC.
E-Book