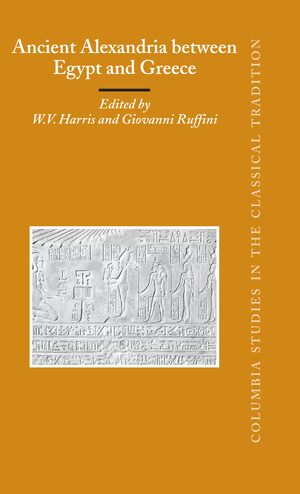 Ancient Alexandria between Egypt and Greece
Series: Columbia Studies in the Classical Tradition, Volume: 26
Editors: William V. Harris and Giovanni Ruffini
As one of the greatest cities of antiquity, Alexandria has always been a severe challenge to its historians, all the more so because the surviving evidence, material and textual, is so disparate. New archaeological and literary discoveries and the startling diversity of ancient Alexandria (so reminiscent of some modern cities) add to the interest. The present volume contains the papers given at a conference at Columbia University in 2002 which attempted to lay some of the foundations for a new history of Alexandria by considering, in particular, its position between the traditions and life of Egypt on the one hand, and on the other the immigrants who came there from Greece and elsewhere in the wake of the founder Alexander of Macedon.
Hardback

Ancient Food Technology
Series: Technology and Change in History, Volume: 5
Author: Curtis
Employing a wide variety of sources, this book discusses innovations in food processing and preservation from the Palaeolithic period through the late Roman Empire.
All through the ages, there has been the need to acquire and maintain a consistent food supply leading to the invention of tools and new technologies to process certain plant and animal foods into different and more usable forms. This handbook presents the results of the most recent investigations, identifies controversies, and points to areas needing further work.
It is the first book to focus specifically on ancient food technology, and to discuss the integral role it played in the political, economic, and social fabric of ancient society. Fully documented and lavishly illustrated with numerous photographs and drawings, it will appeal to students and scholars of both the arts and the sciences.
Hardback 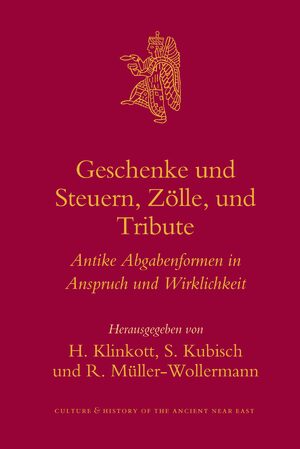 Geschenke und Steuern, Zölle und Tribute
Antike Abgabenformen in Anspruch und Wirklichkeit
Series: Culture and History of the Ancient Near East, Volume: 29
Editors: H. Klinkott, S. Kubisch and Renate Müller-Wollermann
This book examines modes of economic contribution in the ancient world through taxes, tribute, or so-called gifts. Specialists in the field of the ancient Near East, Egypt, classical Greece, Rome, and Israel, joined by an economic anthropologist, present a fresh evaluation of the textual and archaeological evidence. A prime question explored is the extent to which these disparate sources complement or contradict each other.
State-imposed transactions were often recorded with an ideological bias, much dependent on whether the donors and recipients were viewed as in- or outsiders. The present interdisciplinary approach supplies the basis for the ancient economic terminology of contribution, taking into account the specific cultural context, the language of ‘international’ policy, and the correlation between modern and ancient termini.
E-Book 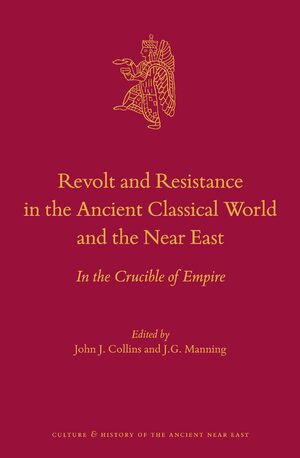 Revolt and Resistance in the Ancient Classical World and the Near East
In the Crucible of Empire
Series: Culture and History of the Ancient Near East, Volume: 85
Editors: John J. Collins and J.G. Manning
This collection of essays contains a state of the field discussion about the nature of revolt and resistance in the ancient world. While it does not cover the entire ancient world, it does focus in on the key revolts of the pre-Roman imperial world. Regardless of the exact sequence, it was an undeniable fact that the area we now call the Middle East witnessed a sequence of extensive empires in the second half of the last millennium BCE. At first, these spread from East to West (Assyria, Babylon, Persia). Then after the campaigns of Alexander, the direction of conquest was reversed. Despite the sense of inevitability, or of divinely ordained destiny, that one might get from the passages that speak of a sequence of world-empires, imperial rule was always contested. The essays in this volume consider some of the ways in which imperial rule was resisted and challenged, in the Assyrian, Persian, and Hellenistic (Seleucid and Ptolemaic) empires. Not every uprising considered in this volume would qualify as a revolution by this definition. Revolution indeed was on the far end of a spectrum of social responses to empire building, from resistance to unrest, to grain riots and peasant rebellions. The editors offer the volume as a means of furthering discussions on the nature and the drivers of resistance and revolution, the motivations for them as well as a summary of the events that have left their mark on our historical sources long after the dust had settled.
E-Book 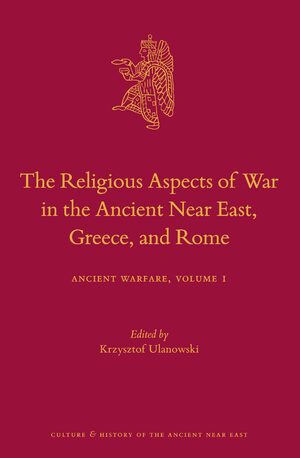 The Religious Aspects of War in the Ancient Near East, Greece, and Rome
Ancient Warfare Series Volume 1
Series: Culture and History of the Ancient Near East, Volume: 84
Editor: Krzysztof Ulanowski
The Religious Aspect of Warfare in the Ancient Near East, Greece and Rome is a volume dedicated to investigating the relationship between religion and war in antiquity in minute detail. The nineteen chapters are divided into three groups: the ancient Near East, Greece, and Rome. They are presented in turn and all possible aspects of warfare and its religious connections are investigated. The contributors focus on the theology of war, the role of priests in warfare, natural phenomena as signs for military activity, cruelty, piety, the divinity of humans in specific martial cases, rituals of war, iconographical representations and symbols of war, and even the archaeology of war. As editor Krzysztof Ulanowski invited both well-known specialists such as Robert Parker, Nicholas Sekunda, and Pietro Mander to contribute, as well as many young, talented scholars with fresh ideas. From this polyphony of voices, perspectives and opinions emerges a diverse, but coherent, representation of the complex relationship between religion and war in antiquity. 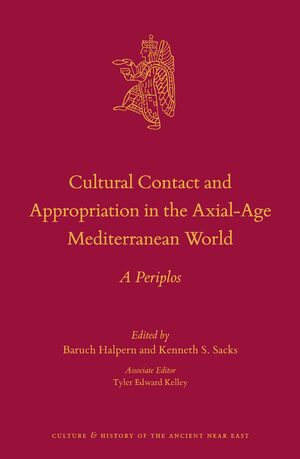 Cultural Contact and Appropriation in the Axial-Age Mediterranean World
A Periplos
Series: Culture and History of the Ancient Near East, Volume: 86
Editors: Baruch Halpern and Kenneth Sacks
Karl Jaspers dubbed the period, 800-400 BCE, the Axial Age. Axial it was, for out of it emerged the idea of Greek culture, with its influence on Roman and later empires. Jaspers’ Axial Age was the chrysalis of culturally-meaningful modernity.

Cultural Contact and Appropriation in the Axial-Age Mediterranean World: A Periplos, explores adaptation, resistance and reciprocity in Axial-Age Mediterranean exchange (ca. 800-300 BCE). Some essayists expand on an international discussion about myth, to which even the Church Fathers contributed. Others explore questions of how vocabulary is reapplied, or how the alphabet is reapplied, in a new environment. Detailed cases ground participants’ capacity to illustrate both the variety of the disciplinary integuments in which we now speak, one with the other, across disciplines, and the sheer complexity of constructing a workable programme for true collaboration.
E-Book 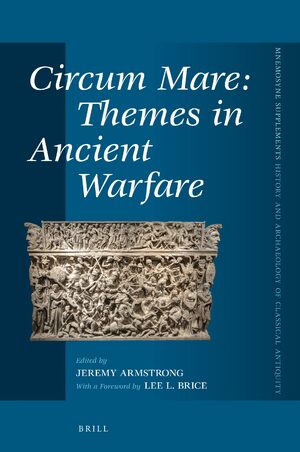 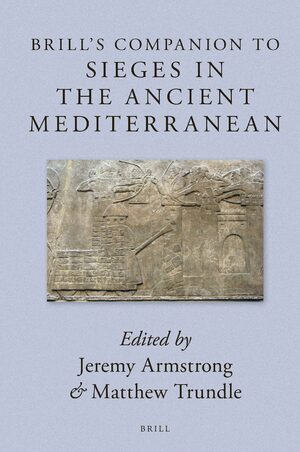 Carthage et les Grecs, c. 580-480 av. J.-C.
Textes et histoire
Series: Studies in the History and Culture of the Ancient Near East, Volume: 13
Author: Veronique Krings
The relations between Carthago and Greece are the subject of this new book by Véronique Krings, author of the Brill handbook La Civilisation Phénicienne et Punique (Handbook of Oriental Studies I, 20 (1995)). It covers the period from the expedition of Pentathlos of Cnidos to Sicily until the battle of Himera (580-480 B.C.).
In many (Greek) sources material can be found on the subject, e.g.: Herodotus, Diodorus of Sicily, Pausanias, Justinus and Orosius. All these sources are carefully examined, giving due attention to their specific contexts. The texts are consequently confronted with the archaeological evidence available and modern opinions are discussed from an historiographical point of view
This volume gives not only new insights into the nature of the relations between Carthago and Greece, but also throws a new light on the Carthaginian presence in the western Mediterranean.
Hardback