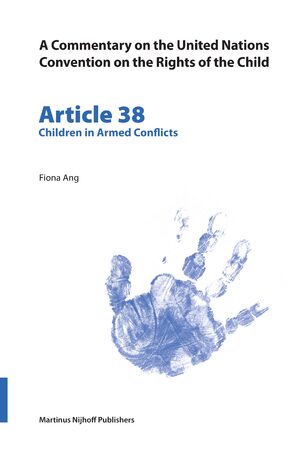 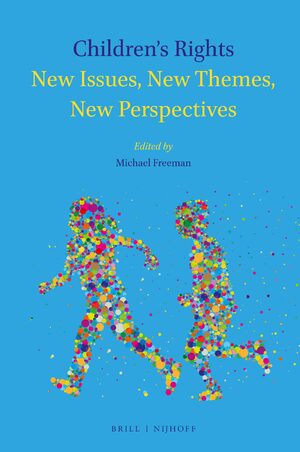 Children's Rights: New Issues, New Themes, New Perspectives
Editor: Michael Freeman
This collection of essays by a variety of scholars, compiled to celebrate the silver anniversary of The International Journal of Children’s Rights, builds on work already in the literature to reveal where we are now at and how the law concerned with children is reacting to new developments. New, or relatively new subject matter is explored, such as film classification, intersex genital mutilation, the right to development. Rights within the context of sport are given an airing. We are offered new perspectives on discipline, on the significance of “rights flowing downhill,” on the so-called “General Principles.“ The uses to which the CRC is put in legal reasoning in some legal systems is critically examined. Though not intended as an audit, the collection offers a fascinating image of where the field of children's right is at now, the progress that has been made, and what issues will require work in the future.
E-Book 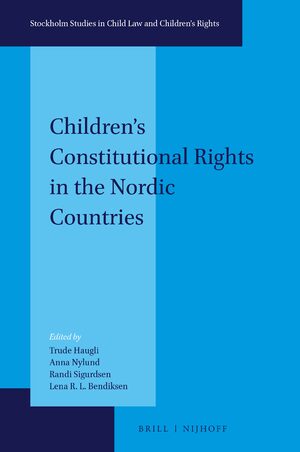 Children’s Constitutional Rights in the Nordic Countries
Series: Stockholm Studies in Child Law and Children’s Rights, Volume: 5
Editors: Trude Haugli, Anna Nylund, Randi Sigurdsen and Lena R.L. Bendiksen
The book presents a comparative study of children’s constitutional rights in Denmark, Finland, Iceland, Norway and Sweden. The authors discuss the value of enshrining children’s rights in national constitutions in addition to implementing the Convention on the Rights of the Child (CRC). Central issues are whether enshrining children’s rights in the Constitution improves implementation and enforcement of those rights by providing advocacy tools and by mandating courts, legislators, policy-makers and practitioners to take children’s rights seriously. The study assesses whether the Nordic constitutions are in line with the child rights approach of the CRC both on a general level and in detail in three domains; the best interests of the child, participation rights, and the right to respect for family life.
E-Book

International Documents on Children
Second Revised Edition
Editor: Geraldine van Bueren
The purpose of this collection is to provide, in an easily accessible form, documents on children which have either a regional or a global significance. Both private international law and public international law treaties are included together with recommendations and resolutions adopted by global, regional and intergovernmental organisations. For ease of reference the documents are organised according to subject headings and within each subject grouping or sub-subject grouping the documents are arranged according to both the chronological order and the adopting organisation. In addition, selected child provisions from global and regional human rights instruments are included. This second edition includes a number of important documents which have been concluded since the publication of the first edition. This unique collection constitutes an important tool for all those working in the field of children's rights, and is a valuable companion to Geraldine van Bueren's The International Law on the Rights of the Child (Martinus Nijhoff Publishers, 1993, ISBN 0-7923-2687-3).
Hardback 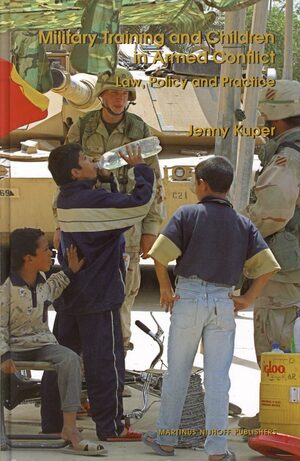 Military Training and Children in Armed Conflict
Law, Policy and Practice
Author: Jenny Kuper
During recent armed conflicts – such as those in Iraq, the former Yugoslavia, and Rwanda – public attention was repeatedly caught by images of children, both as civilians and as soldiers. Those conflicts, like so many others, were vivid reminders that where there is armed conflict there are also, almost always, children. Soldiers and officers fulfil many roles in relation to such children – sometimes as combatants, sometimes as humanitarian workers, sometimes as protectors, and/or sometimes as enemies and abusers.
This book aims to address three main questions: what are the obligations of officers of national armed forces in relation to children, either civilians or combatants, whom they or those under their command may encounter while participating in situations of armed conflict? How realistic and achievable are these obligations? How can compliance with them be encouraged, monitored, and/or enforced? The book examines these questions in the context of military training. In doing so, it has another inextricably linked aim: to see if there are ways in which the training of officers can improve the protection of children in armed conflict situations, in accordance with international law and policy.
It is intended for use particularly by those involved in training of national armed forces, including officers themselves, and members of governments, non-governmental organisations (NGOs) and inter-governmental organisations. It is hoped that it will also be of interest to lawyers, academics and others concerned with ‘child rights’ and related law and policy.
It contains examples of actual training materials that can be modified for use in different countries and contexts.
Hardback