In , Grace Whistler presents an account of Camus’ celebrated but often-misrepresented theme of absurdity, rejecting claims about its putative logical inconsistency. As Whistler rightly points out, the absurd was the point of departure for all of Camus’s subsequent deliberation on moral and political concerns. Whistler’s aim is not only to present us the theme of absurdity in dialogue and discussion with a diverse sample of authors, ranging from Blanchot and Sartre to Ayer and Nagel. She also aims to contribute to the debate on the much-discussed issue of the continuity or discontinuity in Camusian thought. Camus, she claims, saw moral perils emanating from the reflection on the absurd and was at pains to avoid them. This does not mean, however, that the feeling of absurdity that Camus considered the starting point for his reflection had to be completely abandoned. This experience indeed continues to inform Camus’ understanding of human limitations, essential for the further progression of his thought. 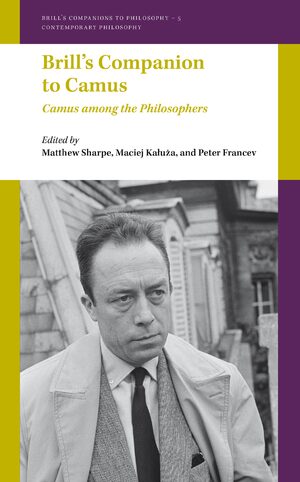 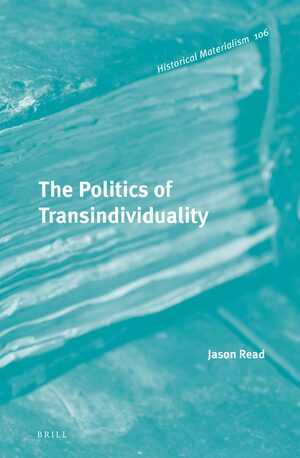 In: The Politics of Transindividuality

Eric Berg’s chapter on the influence of Kierkegaard on Camus’s œuvre begins with a thorough analysis of the sources and means by which Kierkegaard became visible within French philosophy and consequently, to Camus himself. Kierkegaard is initially a negative figure for the French author: a thinker whose appearance in The Myth of Sisyphus is dictated by the need to show “devastating consequences of religious hope when confronted with the absurd”. For Berg, this critique reflects a contestable understanding of Kierkegaard’s theology, shaped by Camus’ limited acquaintance with the Lutheranism of the Danish philosopher. Nevertheless, Berg lists five areas where Camus’s style of thinking converges with that of Kierkegaard: the use of theological language, a cyclical writing plan, the demand for intellectual limits, irony and indirect communication, and Camus’ treatment of death as a trigger for the absurd.

Patrick Hayden’s contribution is an extended consideration of the key distinction Camus makes in The Rebel, between rebellion and revolution. Hayden’s chapter begins with a delineation of what he calls Camus’s “para-philosophy”: a stance characterised on the one hand by his often-expressed hostility to systematic philosophy whilst at the same time, on the other hand, featuring a deep, thoughtful, observant, and informed engagement with philosophical sources and questions. Hayden notes that Camus’s primary target in the sections on “Historical Revolt” in The Rebel is above all the propensity of a certain kind of modern philosopher to look at history through an elevated, systematising lens. Paradigmatic here is of course Hegel’s great drama of the alienation and homewards return of Geist (see ), and Karl Marx’s materialist rewriting of the Hegelian philosophy of history (see ). The metaphysical and historical revolutionaries, as against the Camusian rebel, look forwards in the light of such totalising visions to a complete overthrow of existing modes and orders. In such a revolutionary Event, they look to see the “end of history”, or a millennial, new dispensation. Contra Sartre et al, Hayden notes that such a critique of revolutionary historicism in no way made Camus a “counter-revolutionary”. Rather, as Foley also stresses (chapter 5), his goal in The Rebel was one of “reclaiming rebellion” from its collapse into forms of revolutionary messianism, and attendant forms of political violence, by drawing upon rebellion to found a philosophy of limits: first, one setting limits against suicide and second, later, one prohibiting murder as a political means. 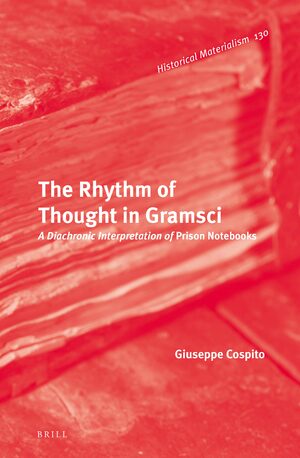 In: The Rhythm of Thought in Gramsci 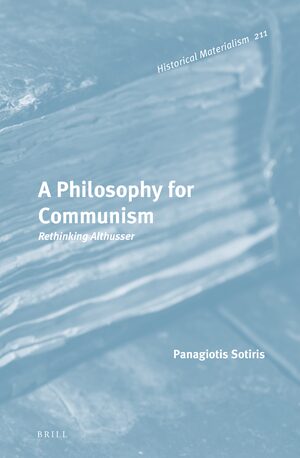 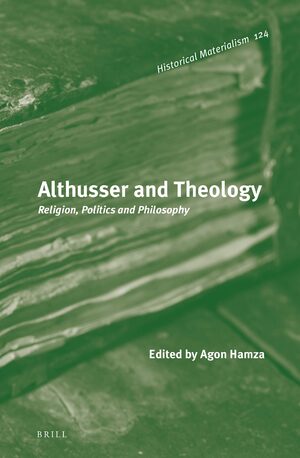 In: Althusser and Theology

Althusser and the Problem of Eschatology
Author: Warren Montag

In: Althusser and Theology