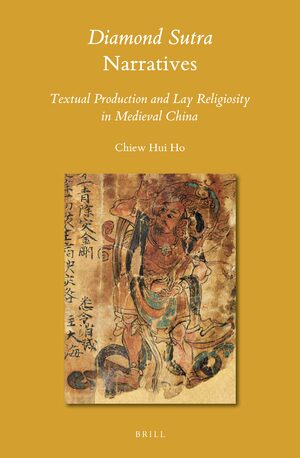 Diamond Sutra Narratives
Textual Production and Lay Religiosity in Medieval China
Series: Sinica Leidensia, Volume: 144
Author: Chiew Hui Ho
Contextualizing the sutra within a milieu of intense religious and cultural experimentation, this volume unravels the sudden rise of Diamond Sutra devotion in the Tang dynasty against the backdrop of a range of social, political, and literary activities. Through the translation and exploration of a substantial body of narratives extolling the efficacy of the sutra, it explores the complex social history of lay Buddhism by focusing on how the laity might have conceived of the sutra and devoted themselves to it. Corroborated by various sources, it reveals the cult’s effect on medieval Chinese religiosity in the activities of an empowered laity, who modified and produced parasutraic texts, prompting the monastic establishment to accommodate to the changes they brought about.
E-Book 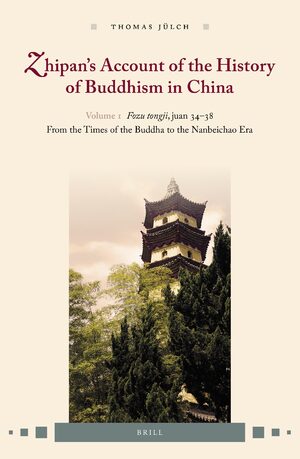 Zhipan’s Account of the History of Buddhism in China
Volume 1: Fozu tongji, juan 34-38: From the Times of the Buddha to the Nanbeichao Era
Author: Thomas Jülch
The Fozu tongji by Zhipan (ca. 1220-1275) is a key text of Chinese Buddhist historiography. In the present volume Thomas Jülch presents his translation of the first five juan of the massive annalistic part. Rich annotations clarify the backgrounds to the historiographic contents, presented by Zhipan in a highly essentialized style. For the historical traditions the sources Zhipan refers to are meticulously identified. In those cases where the accounts presented are inaccurate or imprecise, Jülch points out how the relevant matter is depicted in the sources Zhipan relies on. With this carefully annotated translation of Fozu tongji, juan 34-38, Thomas Jülch enables an indepth understanding of a key text of Chinese Buddhist historiography.
E-Book 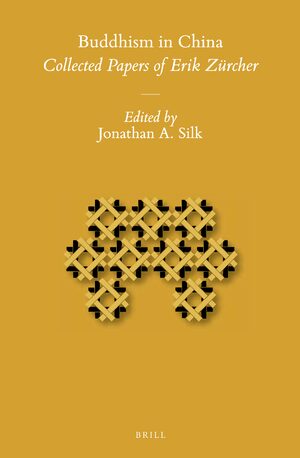 Buddhism in China
Collected Papers of Erik Zürcher
Series: Sinica Leidensia, Volume: 112
Editor: Jonathan A. Silk
Author: Erik Zürcher
Buddhism in China gathers together for the first time the most central and influential papers of the great scholar of Chinese Buddhism, Erik Zürcher, presenting the results of his career-long profound studies following on the 1959 publication of his landmark The Buddhist Conquest of China. The translation and language of Buddhist scriptures in China, Buddhist interactions with Daoist traditions, the activities of Buddhists below elite social levels, continued interactions with Central Asia and lands to the west, and typological comparisons with Christianity are only some of the themes explored here. Presenting some of the most important studies on Buddhism in China, especially in the earlier periods, ever published, it will thus be of interest to a wide variety of readers.
E-Book

Christianity
Series: Religious Studies in Contemporary China Collection, Volume: 3
Editor: ZHUO Xinping
Chinese Christianity is fascinating and perplexing. Yet, although its existence can be dated back to the Tang Dynasty, when Christianity, in the form of Nestorianism, first arrived in China, it has not been extensively researched by Chinese academics. This volume is devoted to this topic and consists of twelve chapters, written mostly by leading mainland Chinese scholars. These writings shed light on five themes: epistemological reflection on Chinese Christian theology; interactions between Christianity and Chinese culture; the empirical and historical examination of Christian ethics and social development in China; the Chinese understanding of the Bible as literature; and the remarkable contribution that Christianity has made to Chinese higher education and cultural exchange with the external world.
E-Book

11. Some Tentative Comments on the Influence of Ferdinand Verbiest on the Emperor Kaangxi’s Policy towards Catholicism (试论南怀仁对康熙皇帝天主教政策的影响)
Author: Lin Jinshui (林金水)

12. The Jesuits in China and the Rise of Early European Sinology: A Brief Discussion of the Connection between Michał Piotr Boym and Athanasius Kircher’s China Illustrata (来华耶稣会士与欧洲早期汉学的兴起—简论卜弥格与基歇尔《中国图说》的关系)
Author: Zhang Xiping (张西平)