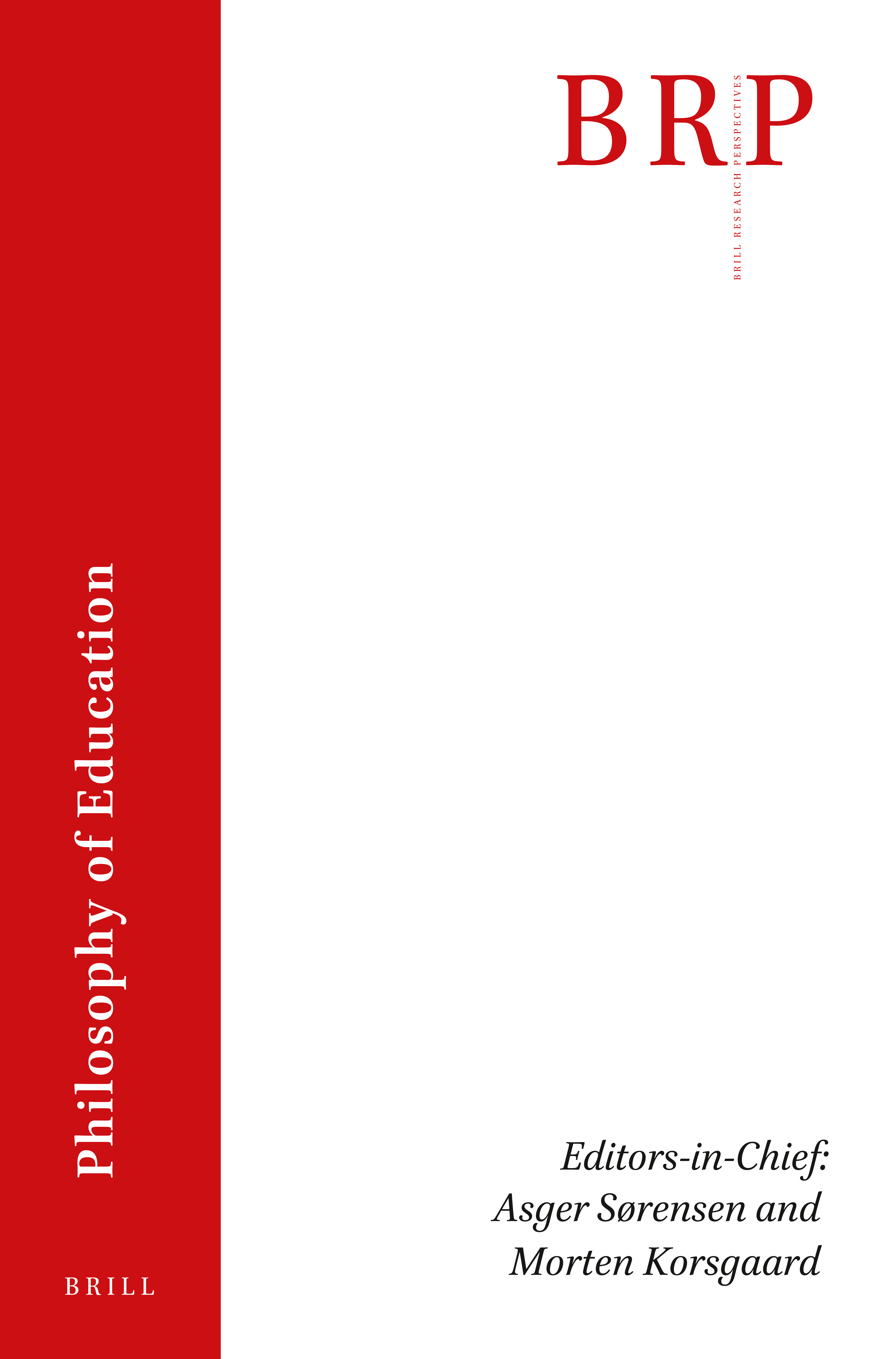 The aim of the Brill Research Perspectives in Philosophy of Education (RPPE) series is to provide short monographs on central aspects of the field of philosophy of education, such as central thinkers (classical and recent), seminal works, movements and schools of thought, important ideas and concepts. The long-term aim is to establish an encyclopedic series of philosophy of education monographs, where each volume can be updated when needed, and main subjects can be expanded and specified to have more than one volume.

RPPE will offer a comprehensive reference resource for scholars and students working in the areas of, especially, philosophy of education, pedagogy – i.e. Pädagogik, pédagogique, pedagogía – and educational studies in general. Moreover, through its philosophical emphasis and depth, the series will be of interest to general philosophy, i.e. logics, theory of knowledge, metaphysics, ethics, political and social philosophy as well as poetics and aesthetics and the history of philosophy. The series provides in-depth scholarly work on the main issues and figures in philosophy of education. This includes scholarly studies of classics such as Plato, Rousseau, Dewey et al., systematic analysis of concepts such as learning, childhood, virtue, citizenship education and imagination, as well as the major traditions and schools within philosophy of education.

The series makes it a priority to include not just established views and figures, but also up-and-coming scholars and marginal perspectives, thus bridging gaps between philosophy of education, philosophy and education, as well as Anglophone and non-Anglophone research communities. Each monograph is fully peer-reviewed and referenced and provides an overview of the most up-to-date research in the area dealt with. RPPE will be an invaluable resource for scholars wishing to draw on the latest research, as well as a dynamic resource for teaching and for students working in philosophy, education and related fields.