The New Georgics
Rural and Regional Motifs in the Contemporary European Novel
Series: European Studies, Volume: 18
Editors: Liesbeth Korthals Altes and Manet van Montfrans
The human condition in rural, provincial locations is once again gaining status as a subject of European ‘high fiction’, after several decades in which it was dismissed on aesthetic and ideological grounds. This volume is one of the first attempts to investigate perspectives on local cultures, values and languages both systematically and in a European context. It does so by examining the works of a variety of authors, including Hugo Claus, Llamazares, Bergounioux and Millet, Buffalino and Consolo, and also several Soviet authors, who paint a grim picture of a collectivized – and thus ossified – rurality. How do these themes relate to the ongoing trend of globalization? How do these works, which are often experimental, connect – in their form, topics, language and ideological subtext – to the traditional rural or regional genres? Far from naively celebrating a lost Eden, most of these ‘new Georgics’ reflect critically on the tensions in contemporary, peripheral, rural or regional cultures, to the point of parodying the traditional topoi and genres. This book is of interest to those wishing to reflect on the dynamics and conflicts in contemporary European rural culture.
E-Book 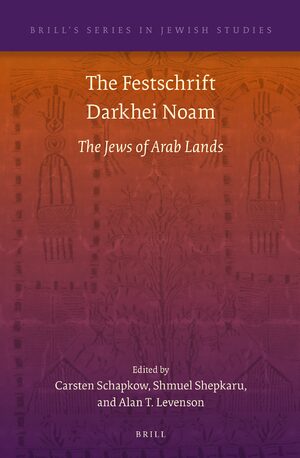 The volume clearly addresses the areas of research Norman Stillman himself has considerably contributed to. Research foci of the book are on the flexibility of Jewish law in real life, Jewish cultural life particularly on material and musical culture, the role of women in these different societies, antisemitism and Jewish responses to hatred against the Jews, and antisemitism from ancient martyrdom to modern political Zionism. 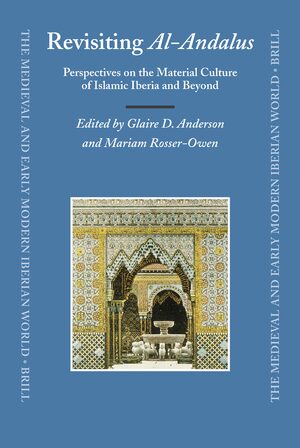 Revisiting al-Andalus
Perspectives on the Material Culture of Islamic Iberia and Beyond
Series: The Medieval and Early Modern Iberian World, Volume: 34
Editors: Glaire Anderson and Mariam Rosser-Owen
Revisiting al-Andalus brings together a range of recent scholarship on the material culture of Islamic Iberia, highlighting especially the new directions that have developed in the Anglo-American branch of this field since the 1992 catalogue of the influential exhibition, Al-Andalus: the Art of Islamic Spain. Together with examples of recent Spanish scholarship on medieval architecture and urbanism, the volume’s contributors (historians of art and architecture, archaeologists, and architects) explore topics such as the relationship between Andalusi literature and art; architecture, urbanism, and court culture; domestic architecture; archaeology as a tool for analyzing economic and architectural history; cultural transfer between the Iberian Peninsula and the New World; 19th-century “rediscovery” of al-Andalus; and modern architectural and historiographical attempts to construct an Andalusi cultural identity.
Contributors include: Antonio Almagro, Glaire D. Anderson, Rebecca Bridgman, María Judith Feliciano, Kathryn Ferry, Pedro Jiménez, Julio Navarro, Camila Mileto, Antonio Orihuela, Jennifer Roberson, Cynthia Robinson, Mariam Rosser-Owen, Antonio Vallejo Triano, and Fernando Vegas.
E-Book