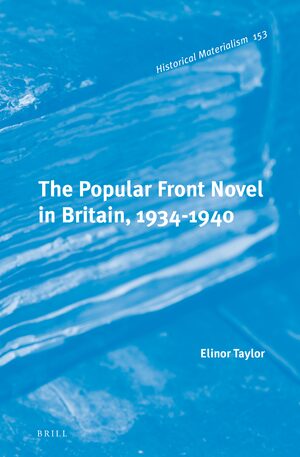 The Popular Front Novel in Britain, 1934-1940
Series: Historical Materialism Book Series, Volume: 153
Author: Elinor Taylor
In The Popular Front Novel in Britain, 1934-1940, Elinor Taylor provides the first study of the relationship between the British novel and the anti-fascist Popular Front strategy endorsed by the Comintern in 1935. Through readings of novels by British Communists including Jack Lindsay, John Sommerfield, Lewis Jones and James Barke, Taylor shows that the realist novel of the left was a key site in which the politics of anti-fascist alliance were rehearsed. Maintaining a dialogue with theories of populism and with Georg Lukács’s vision of a revived literary realism ensuing from the Popular Front, this book at once illuminates the cultural formation of the Popular Front in Britain and proposes a new framework for reading British fiction of this period.
E-Book