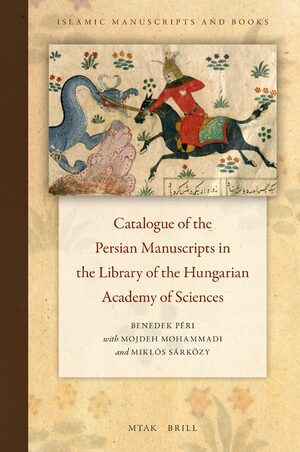 Catalogue of the Persian Manuscripts in the Library of the Hungarian Academy of Sciences
Series: Islamic Manuscripts and Books, Volume: 16
Editor: Benedek Péri
Author: Benedek Péri
The Library of the Hungarian Academy of Sciences was established in 1826. Its collection of Persian manuscripts is the most comprehensive set of its kind in Hungary. The volumes were produced in four major cultural centres of the Persianate world, the Ottoman Empire, Iran, Central Asia and India during a span of time that extends from the 14th to the 19th century. Collected mainly by enthusiastic private collectors and acknowledged scholars the manuscripts have preserved several unique texts or otherwise interesting copies of well-known works. Though the bulk of the collection has been part of Library holdings for almost a century, the present volume is the first one to describe these manuscripts in a detailed and systematic way.
E-Book

Learning Arabic in Renaissance Europe (1505-1624)
Series: The History of Oriental Studies, Volume: 6
Author: Robert Jones
From the first Arabic grammar printed at Granada in 1505 to the Arabic editions of the Dutch scholar Thomas Erpenius (d.1624), some audacious scholars - supported by powerful patrons and inspired by several of the greatest minds of the Renaissance – introduced, for the first time, the study of Arabic language and letters to centres of learning across Europe. These pioneers formed collections of Arabic manuscripts, met Arabic-speaking visitors, studied and adapted the Islamic grammatical tradition, and printed editions of Arabic texts - most strikingly in the magnificent books published by the Medici Oriental Press at Rome in the 1590s. Robert Jones’ findings in the libraries of Florence, Leiden, Paris and Vienna, and his contribution to the history of grammar, are of enduring importance.
E-Book 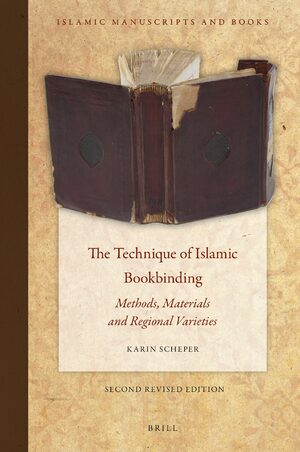 The Technique of Islamic Bookbinding
Methods, Materials and Regional Varieties. Second Revised Edition
Series: Islamic Manuscripts and Books, Volume: 8
Author: Karin Scheper
The Technique of Islamic Bookbinding is the first monograph dedicated to the technical development of the bookbinding tradition in the Islamic world. Based on an assessment of the extensive oriental collections in the Leiden University Library, the various sewing techniques, constructions and the application of covering materials are described in great detail. A comparative analysis of the historic treatises on bookbinding provides further insight into the actual making of the Islamic book. In addition, it is demonstrated that variations in time and place can be established with the help of distinctive material characteristics.
Karin Scheper’s work refutes the perception of Islamic bookbinding as a weak structure, which has generally but erroneously been typified as a case-binding. Instead, the author argues how diverse methods were used to create sound structures, thus fundamentally challenging our understanding of the Islamic bookbinding practice.

Karin Scheper has been awarded the De La Court Award 2016 by The Royal Netherlands Academy of Arts and Sciences for her study of the bookbinding tradition in the Islamic world. 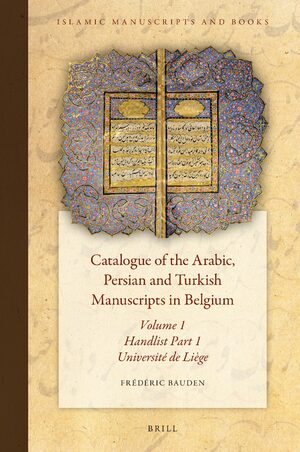 Catalogue of the Arabic, Persian and Turkish Manuscripts in Belgium Volume 1 Handlist Part 1
Part 1: Université de Liège
Series: Islamic Manuscripts and Books, Volume: 12
Author: Frédéric Bauden
The Catalogue of the Arabic, Persian and Turkish Manuscripts in Belgium is a union catalogue aiming is to present the Oriental manuscripts held by various Belgian public institutions (Royal Library, university and public libraries). These collections and their contents are largely unknown to scholars due to the lack of published catalogues. This first volume, consisting of a bi-lingual (English and Arabic) handlist, concerns the collection of the Université de Liège, which holds the largest number of Oriental manuscripts (c. 500). Each title is briefly described, identifying the author and offering basic material information. Most of the manuscripts described in this handlist originate from North Africa.
E-Book