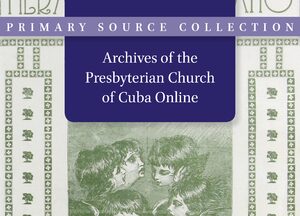 This collection makes available for research the records of the Iglesia Presbiteriana-Reformada en Cuba (IPRC) and predecessor Presbyterian churches and missions in Cuba, including a complete run of Heraldo Cristiano, the church’s newsletter, 1919 – 2010, which provides a framework for the history of the church, its work and history. Also included are the periodicals Juprecu and Su Voz, early mission records, originally maintained in English and then in Spanish as the congregations took over management of their churches and schools from the mission workers. These include session minutes and membership/baptism/marriage/death records, as well as minutes of men’s, women’s, and youth groups, including their mission work in their communities.