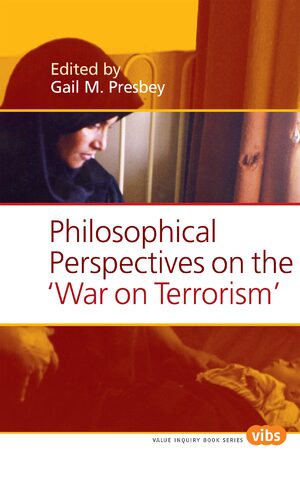 Philosophical Perspectives on the "War on Terrorism"
Series: Value Inquiry Book Series, Volume: 188and Philosophy of Peace, Volume: 188
Editor: Gail M. Presbey
This book responds to the Bush Administration position on the “war on terror.” It examines preemption within the context of “just war”; justification for the United States-led invasion of Iraq, with some authors charging that its tactics serve to increase terror; global terrorism; and concepts such as reconciliation, Islamic identity, nationalism, and intervention.
E-Book

Five Pedagogies, a Thousand Possibilities
Struggling for Hope and Transformation in Education
Series: Educational Futures, Volume: 6
Author: Michalinos Zembylas
Five Pedagogies, A Thousand Possibilities aims at providing the groundwork for articulating sites of enriching pedagogies so that critical hope and the possibility of transformation may stay alive. The emotional experiences of unknowing, silence, passion, desire, forgiveness and reconciliation play an important political role in constituting critical resistance. The implications of these ideas are discussed in the context of contemporary concerns about social justice, conflict, hope and despair. These implications help us realize the potential of unknowing, silence, passion, desire, forgiveness and reconciliation as crucial pedagogical tasks and negotiate a hope that is truly critical. As an alternative to pedagogies that negate the ethical and political implications of teachers’ and students’ emotional lives, the present book demonstrates the need for pedagogies that enable the development of criticality without being overcome by despair. The book will be of interest to academics, researchers, educators, undergraduate and graduate students in the fields of social sciences and education and particularly in the subfields of philosophy of education, curriculum theory, teacher education, and multicultural education.
E-Book 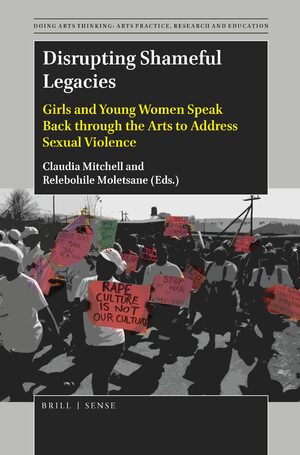 Disrupting Shameful Legacies
Girls and Young Women Speaking Back through the Arts to Address Sexual Violence
Series: Doing Arts Thinking: Arts Practice, Research and Education, Volume: 4
Editors: Claudia Mitchell and Relebohile Moletsane
Much has been written in Canada and South Africa about sexual violence in the context of colonial legacies, particularly for Indigenous girls and young women. While both countries have attempted to deal with the past through Truth and Reconciliation Commissions and Canada has embarked upon its National Inquiry on Missing and Murdered Indigenous Women and Girls, there remains a great deal left to do. Across the two countries, history, legislation and the lived experiences of young people, and especially girls and young women point to a deeply rooted situation of marginalization. Violence on girls’ and women’s bodies also reflects violence on the land and especially issues of dispossession. What approaches and methods would make it possible for girls and young women, as knowers and actors, especially those who are the most marginalized, to influence social policy and social change in the context of sexual violence?

Taken as a whole, the chapters in Disrupting Shameful Legacies: Girls and Young Women Speaking Back through the Arts to Address Sexual Violence which come out of a transnational study on sexual violence suggest a new legacy, one that is based on methodologies that seek to disrupt colonial legacies, by privileging speaking up and speaking back through the arts and visual practice to challenge the situation of sexual violence. At the same time, the fact that so many of the authors of the various chapters are themselves Indigenous young people from either Canada or South Africa also suggests a new legacy of leadership for change.

Jacques Lacan and Education
A Critical Introduction
Series: Transgressions: Cultural Studies and Education, Volume: 25
Author: Donyell L. Roseboro
This is an introductory level text with emphasis on Lacan’s theoretical relationship to education and which uses Lacan’s theories as a springboard for a different educational discourse, one that forces us to assess inward rather than outward. To move beyond the linear nature of schools, a context exacerbated by developmental psychologists like Piaget and Erikson who theorized that we can understand children’s development in stages, the author argues that Lacan’s theories allow us to holistically educate—to teach cognizant of the relationship between interior and exterior spaces, between the unspoken and the heard. The text serves four purposes: 1) to translate Lacan’s primary ideas into language appropriate for introductory level college students, 2) to examine identity in ways that are relevant across disciplines, 3) to re-frame Lacan’s work with post-structuralist and postmodern theories and, in so doing, create a distinctive analysis of the self predefined yet reinvented, and 4) to juxtapose Lacan’s work with post-formal thinking and theorize about his relevance to public education.
This book is purposefully organized with specific emphasis on Lacan’s work as a teacher and the ways in which his theories complicate current accountability standards in the United States which insist that “good” teaching and learning is quantifiable. The author foregrounds Lacan’s concepts of identity and language and analyzes those in parallel to the discourses of democratic education. Lacan’s theories do provide some indelible possibilities for public education in the twenty-first century. Considering his relevance to post-structuralism, post-formalism, post colonialism, and postmodernism, a Lacanian perspective of public education would defy the current standardization of curriculum in the wake of No Child Left Behind (NCLB) mandates. Using Lacan, the author re-envisions public education as a process which encourages the distinctiveness of students, challenges normative assumptions about what a “good” student is, and demands that teachers facilitate student understanding of multiple truths but that teachers also engage in an honest reconstruction of history—one that acknowledges the brutality of conquest, the arrogance of imperialism, and the illusiveness/elusiveness of peace.
Using the South African Truth and Reconciliation process as a framework, the author ends by constructing a model for public education which is grounded in “truth-telling” in public spaces, “witnessing” as a political practice, and educating as purposeful work. A Lacanian, post-formal curriculum, at its core, thus requires that we seek and identify truths, we work to become integrated beings by hearing the unconscious (that which we do not want to or cannot face), and that we educate for goodness and wholeness. This book is ultimately a call to re-envision the current public educational system in the U. S., a call to admit that it has inexcusably failed far too many children, and a call to construct entirely different possibilities.
E-Book

Fullness of Life for All
Challenges for Mission in Early 21st Century
Series: Currents of Encounter, Volume: 22
Editors: Inus Daneel, Charles Van Engen and Hendrik M. Vroom
This important book is needed today. The challenges that Christian churches face have changed immensely in the last quarter-century. One of the central issues facing the churches everywhere in the world is their missionary presence in their nations and societies. The authors of this volume are among the world’s leading missiological thinkers and represent major Christian traditions in Europe, Africa, and North America.
In this new century, the Christian church faces new situations that include, for example, the fall of communism; the globalization of culture; cultural and religious minorities and multiple religious majorities in nearly every country; ethnic and interreligious tensions; relativism and individualism in Western culture; the rise of a global impact of a postmodern world view; poverty in poor countries and in urban areas in wealthy countries; and the decline of Western cultural authority and, with notable exceptions, of religious authority generally. This book speaks of ways in which Christian churches are seeking to respond to these challenges. The purpose of this book is to describe some of the main challenges facing the churches in mission today, particularly with reference to inter-religious conversations all over the world. The title of this volume has been derived from the theme of the 24th General Assembly of the World Alliance of Reformed Churches (WARC) at Accra in August, 2004 whose theme is, “That All May Have Life in Fullness.”
Hardback

Social Cohesion and Legal Coercion
A Critique of Weber, Durkheim, and Marx
Series: Value Inquiry Book Series, Volume: 44
Author: Leon Shaskolsky Sheleff
The book is a critical analysis of the work of Max Weber, Emile Durkheim and Karl Marx. It focuses on their separate analyses of the role of law in society, pointing out their faults and errors, and the resultant impact on modern social science. The author takes issue with Weber's work on rationality, with Durkheim's work on repressive and restitutive law, and with Marx's work on social justice and law as part of the super-structure.
In each section of the book he shows the implications that flow from a re-assessment and re-interpretation of their work for an understanding of society. The book is multi-disciplinary, making ample reference to law, sociology, anthropology, history, religion, ecology, criminology, philosophy and economics. Its various chapters discuss a wide range of themes, including rationality, tradition, science, political authority, conflict resolution, community, justice and altruism.
Hardback

Our Australian Theatre in the 1990s
Series: Australian Playwrights, Volume: 7
Editor: Veronica Kelly
AUSTRALIAN THEATRE in the 1990s is a vigorous enterprise displaying the energies and contradictions of a multicultural society. This collection of essays by leading scholars of Australian theatre and drama surveys the emergence and directions of the new theatrical energies which have challenged or redefined the Australian 'mainstream': Aboriginal, multicultural, Asian-Australian, women's, gay and lesbian, community and young people's theatre; and charts the exciting growth of physical theatre. The contributors assess the impact of evolving funding and industrial priorities, and examine the theoretical and cultural debates surrounding Australian playwriting and theatre-making from the 1970s Vietnam dramas to the postmodern present.
Hardback