Past, Present, Future
The Deuteronomistic History and the Prophets
Series: Oudtestamentische Studiën, Old Testament Studies, Volume: 44
Editors: Johannes de Moor and H.R. van Rooy
In the politico-religious history of the Deuteronomists, past, present and future mingle in an often inextricable way. Long obsolete traditions, which had been unacceptable to the Davidic dynasty, were rediscovered and adapted to the aims of the Deuteronomists. Personages of the past were
condemned and blackened in the light of the new ideology, whereas others were glorified and embellished as heroes of faith because their ideas suited the historians.
This inevitably raises the question whether the Bible can be trusted as a source book for writing a history of Israel. Apparently not, say scholars like T.L. Thompson, P.R. Davies and N.P. Lemche. In this volume a number of authors take up this challenge, stating that the radical rejection of the biblical testimony in favour of a history based mainly on archaeology is ill-advised.
Several contributions to this volume draw instructive parallels between the process of re-writing the history of South Africa and the work of the Deuteronomists.
Hardback 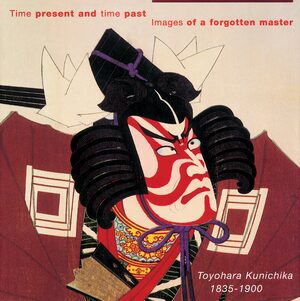 Time Present and Time Past
Images of a forgotten Master: Toyohara Kunichika (1835 - 1900)
Editor: Amy Reigle Newland
Time Present and Time Past is the first publication in English to treat in detail the life and work of Toyohara Kunichika (1835-1900), who today is considered one of the last Ukiyo-e masters. Kunichika's designs were drawn from established Ukiyo-e genres like Kabuki actor prints ( yakusha-e) and prints of beautiful women ( bijinga), he was however a man of his time and this is reflected in his modern use of colour, composition and subjects. The book includes reproductions of 135 of Kunichika's prints, an extensive bibliography and an overview of signatures and carvers seals.
Hardback