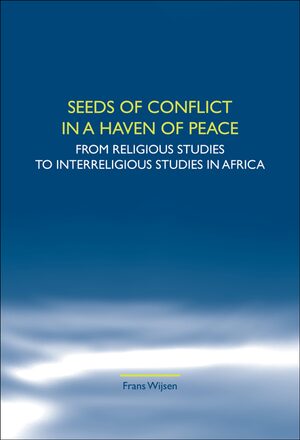 Seeds of Conflict in a Haven of Peace
From Religious Studies to Interreligious Studies in Africa
Series: Studies in World Christianity and Interreligious Relations, Volume: 44
Author: Frans Wijsen
On 7 August 1998 the American embassies in Nairobi and Dar es Salaam were bombed and 200 people lost their lives. These bombings shattered the image of Africa’s tradition of peaceful religious coexistence. Since then inter-religious dialogue has been high on the agendas of ecclesial and religious organisations, but not so much of faculties of theology and departments of religion in East Africa. This book investigates why this is so. How are interreligious relations dealt with in Africa, and more particularly, how are they and how should they be taught in institutions of higher learning? This book is based on fieldwork in Nairobi from 2001 onwards. It shows why Africa’s tradition of peaceful co-existence is not going to help Africa in the 21st century, and recommends a shift in the education in inter-religious relations: from religions studies to inter-religious studies.
E-Book