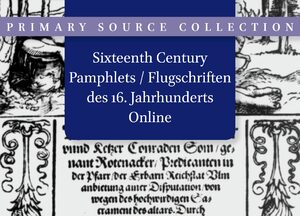 The pamphlets from 1501-1530 are primarily concerned with the early Reformation movement and its propaganda, the Peasants' War, the threat presented by the Turks, and the various conflicts among the Western European countries.
The pamphlets from 1531-1600 deal with a broad spectrum of themes, such as the Turkish wars, the revolt of the Netherlands, the persecution of French protestants, the status of Calvinists and Zwinglians in the Holy Roman Empire, the Council of Trent, the Anabaptist Kingdom of Münster, the Schmalkaldic War and the Interim, propaganda against the papacy and the Jesuits, intra-Protestant theological quarrels, the building of confessional networks, witch-hunting, and anti-Jewish polemics. 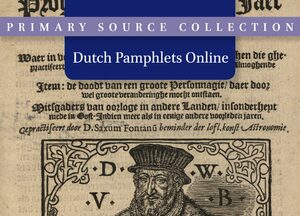