The distinction between the artes liberales (liberal arts) and artes serviles (servile arts) is a distinction going back to the Greek world. One field of study is devoted to use-less knowledge (understood as significant though non-pragmatic), and the other devoted to practical, pragmatically justified problems in the concrete world of daily labour. While the details of such a distinction require delineation, the basic idea emerges: Practical problems are conceptually distinct from philosophical ones—in the strong, Platonic conception of philosophy (as the use-less love of wisdom). Problematically, though, this implies that ethical questions are bound to the use-less, that is, the questions addressed are pursued with no reference to social and political utility. This, I suggest, creates a form of cognitive dissonance. I will argue, the distinction denotes two spaces which, inevitably, have the potentiality to overlap. More than that, their point of interaction resides in precisely the points at which philosophical speculation has direct bearing on practical, servile questions. One of these areas, I argue, resides in ethical debates—including the problem of homelessness. 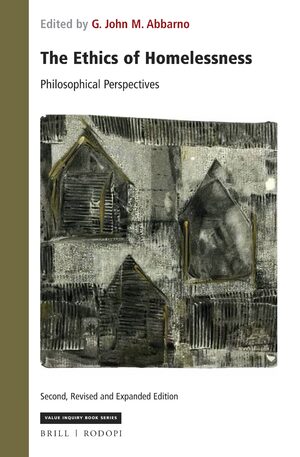