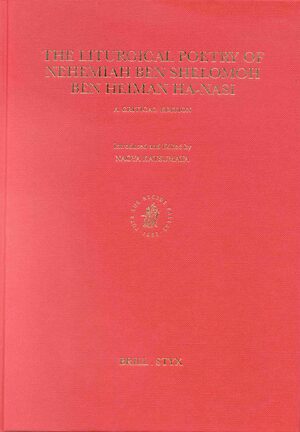 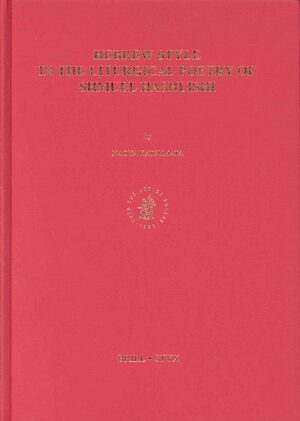 Hebrew Style in the Liturgical Poetry of Shmuel HaShlishi
Series: Hebrew Language and Literature Series, Volume: 5
Author: Naoya Katsumata
Shmuel ben Hoshana, the most important Hebrew liturgical poet ( paytan) in the final stage of the flowering of the Eretz-Israeli piyyut, came of age in the latter third of the tenth century. He was active in the academy of Eretz Israel, and reached the status of the third ("HaShlishi") in the assembly, after the gaon and the av bet din.
This volume examines the Hebrew style of this paytan according to some 650 Genizah fragments, which contain elements of his wide-ranging oeuvre (orthography and phonetics, morphology, syntax, sentences, vocabulary, themes and motifs).
Understanding the style of Shmuel HaShlishi is critical to our understanding of the creative activity of the paytanim of the final period of the flowering of the Eretz-Israeli piyyut. His style serves as a link between the Eretz-Israeli style of the early paytanim and the new style that would emerge in Spain.
Hardback 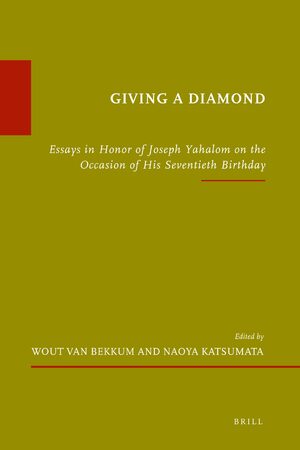 Giving a Diamond
Essays in Honor of Joseph Yahalom on the Occasion of His Seventieth Birthday
Series: Études sur le judaïsme médiéval, Volume: 49
Editors: Naoya Katsumata and Wout van Bekkum
This volume contains fifteen essays in honor of Professor Joseph Yahalom who served as a lecturer at the Hebrew University from 1974 until he became full professor in 1985. The completion of his Warburg price awarded thesis in 1973 marked the start of a long and successful academic career in both Hebrew and Jewish studies, with much emphasis on poetry and poetics. Yahalom’s continuing interest in and research on ancient Piyyut led to a number of editions of Hebrew and Aramaic texts as well as to studies on the early Palestinian vocalization system and the language of Piyyut based on the Genizah findings. In 1983, Yahalom was elected a member of the Academy of the Hebrew Language. In 2003, he received the Yizhak Ben-Zvi award for his lifetime study of Jewish history and Hebrew literature. Yahalom’s research on Hebrew medieval liturgical poetry focused on a period of roughly one thousand years, from the days of early Byzantium until the final days of Jewish presence on the Iberian Peninsula and the Sephardic diaspora. His bibliography testifies to his expertise of understanding Hebrew verse, laying much emphasis on the interaction between the Jewish and surrounding cultures, which concur with Yahalom’s overall convictions and views about Jewish literature in context.
E-Book (PDF) 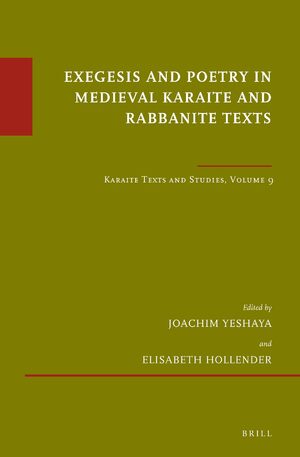 In: Exegesis and Poetry in Medieval Karaite and Rabbanite Texts

In: Giving a Diamond