Adrienne Rich, one of the most accomplished American poets, lesbian feminists and critics, has published more than fifteen volumes of poetry and several collections of essays. A persisting feature in most of her works is the interweaving and interaction of poetry, history and politics. She was not so “political” in her early writings in 1950s as in her mid and late writings. Her radical lesbian-feminist voice was prevailing in her writings of 1970s like Diving into the Wreck (1973), Of Woman Born: Motherhood as an Experience and Institution (1976), and The Dream of a Common Language (1978). And in the 1980s, the central themes of her later poetry are the problems of national and ethnic identity (especially Jewishness), history, death and the passing of time. As a daughter of a Gentile mother and a Jewish father who is not so willing to acknowledge his Jewish identity, Rich’s poems and her own life experiences are mostly bound around conflicting themes of identity and assimilation. Indeed, she discusses the political, historical and biographical realities in her poems. Rich regrets the muteness of Jewishness in her family and she suffers from a sense of guilt and fury with the absence of Jewish education in her family. This article shows how Rich’s biographical experience, her Jewish roots and the Holocaust are displayed in two of her testimonial poems “Sources” and “Contradiction.” 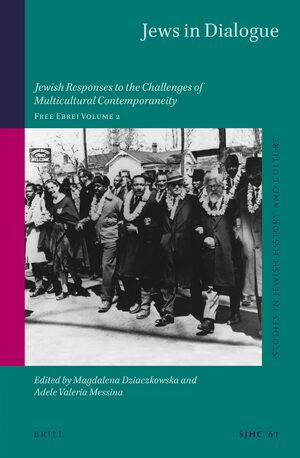 In: Jews in Dialogue

Is Sino-Africa Bilateral Trade More than Resource Focused? The Rhetoric and the Reality
Authors: Aye Alemu and Wenqing Zhang

On the Freedom and Control of the Press in China
Authors: Juxi Zhang and Wenjuan Wang

Over a considerable period of time, China has formulated a series of press freedom principles and guidelines for practice. These have their own distinctive features. China has also established its own legal system to regulate press freedom. By using the methods of literature analysis, text analysis, historical analysis and induction methods, this paper studies the origin, spiritual essence and core content of China’s press freedom. In addition, the current general framework and functions of China’s press laws, as well as the significance of press legislation, are discussed. The study finds that although China has established a relatively complete legal framework to govern the press, but with the rapid development of China’s social economy, the problems facing news dissemination will be more and more, the promulgation of specialized laws remains necessary and inevitable in the realization of the supervision of the press control. China needs to establish a perfect news law as soon as possible.