in International Journal of Estuarine and Coastal Law

Chapter 20 The Exclusive Economic Zone as an Instrument for Environmental Management in the North Sea Area
Author: Uwe Jenisch

in International Journal of Estuarine and Coastal Law

in The International Journal of Marine and Coastal Law 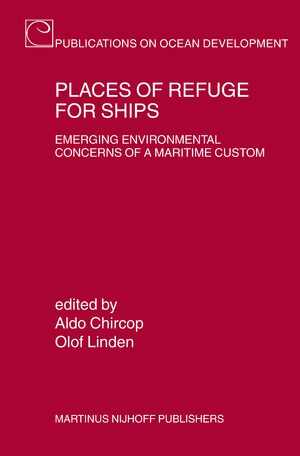 in Places of Refuge for Ships

The Baltic Sea Region presents unique challenges for the 14 states of the catchment area. Although characterized by a great diversity of history, languages and culture there is a strong feeling of common heritage. The region is of increasing importance for the European Union. At the same time this regional sea is subject to intensive exploitation and ecological strain. Apart from man, nature and geography also add to the critical ecological situation. The legal regime is comparatively well developed. All states except Denmark have extended their territorial seas to 12 n.m. but in many narrow waters states left "high seas corridors" free in the interest of shipping lines of communication. The Danish straits represent an example of straits governed by long-standing international conventions. The elaborate system of continental shelf zones and exclusive economic zones has divided up the Baltic Sea among the nine riparian states. With a few exceptions in the Central and Eastern Baltic, mostly due to the needs of the three newly independent Baltic Republics, all maritime boundaries are settled. The regional conventions: Helsinki-Convention of 1974 on Environmental Protection, Baltic Fishing Convention of 1973 are gaining momentum or are being expanded in their scope of application. The "new" Helsinki-Convention of 1992 effectively covers all major sources of pollution. However, the fishing convention must be seen in a critical light with the constant problem of overfishing being unresolved although the institutionalization of co-operation in the fishing sector has been achieved. Together with existing legal instruments there is a network of some 15 fora at different levels of governments, regions, communities and NGOs contributing towards sustainable development.

in The International Journal of Marine and Coastal Law