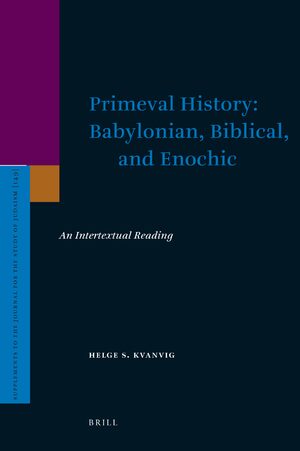 Primeval History: Babylonian, Biblical, and Enochic
An Intertextual Reading
Series: Supplements to the Journal for the Study of Judaism, Volume: 149
Author: Helge Kvanvig
Most cultures have myths of origin. The Babylonians were the first to combine blocks of traditions about primeval time into primeval histories where humans had a central role. In the first millennium there were different versions that influenced the concepts of primeval history within Jewish religion, both in the Bible and in the parallel Enochic tradition. Atrahasis and the traditions of primeval dynasties had crucial impact on Genesis; the traditions of the primeval apkallus as cosmic guardians were lying behind the Enochic Watcher Story. The book offers a comprehensive analytic comparison between the images of primeval time in these three traditions. It presents new interpretations of each of these traditions and how they relate to each other.
E-Book (PDF)