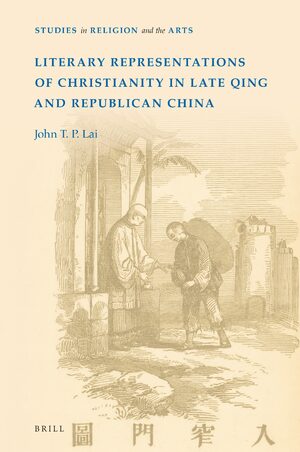 Literary Representations of Christianity in Late Qing and Republican China
Series: Studies in Religion and the Arts, Volume: 14
Author: John T. P. Lai
Literary Representations of Christianity in Late Qing and Republican China contributes to the “literary turn” in the study of Chinese Christianity by foregrounding the importance of literary texts, including the major genres of Chinese Christian literature (novels, drama and poetry) of the late Qing and Republican periods. These multifarious types of texts demonstrated the multiple representations and dynamic scenes of Christianity, where Christian imageries and symbolism were transformed by linguistic manipulation into new contextualized forms which nurtured distinctive new fruits of literature and modernized the literary landscape of Chinese literature. The study of the composition and poetics of Chinese Christian literary works helps us rediscover the concerns, priorities, textual strategies of the Christian writers, the cross-cultural challenges involved, and the reception of the Bible.
E-Book