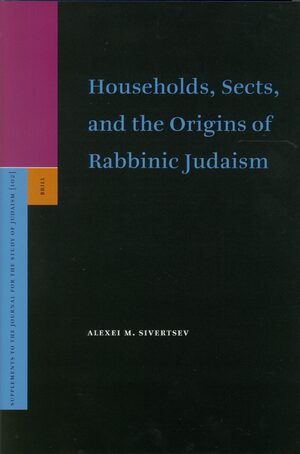 Households, Sects, and the Origins of Rabbinic Judaism
Series: Supplements to the Journal for the Study of Judaism, Volume: 102
Author: Alexei Sivertsev
This book suggests a new approach to the social history of Jewish religious movements in the Second Temple and early Rabbinic periods. It argues that most of these movements and their traditions emerged within the context of complex interaction between traditional families and disciple circles.
The first part of the book examines the development of Jewish religious movements during the Second Temple period. It culminates with the discussion of the Dead Sea Sect, which is analyzed as the first unambiguous example of a movement shifting from a social structure based on families to a social structure based on disciple circles. The second part of the book discusses the history of pharisaic and early rabbinic movements from a similar perspective.
Topics covered in the book will be of interest to scholars of Judaism and Early Christianity.
Hardback